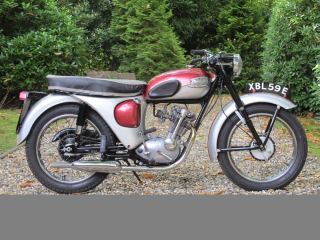 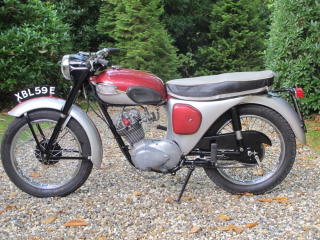 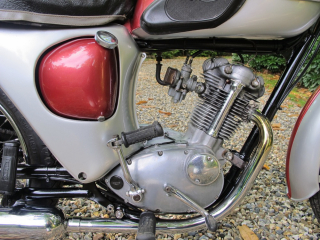 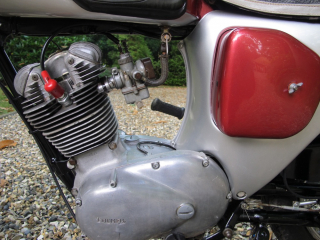 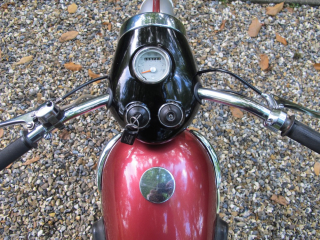 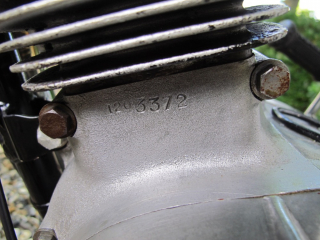 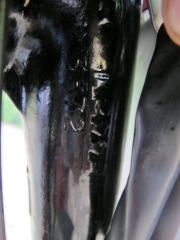 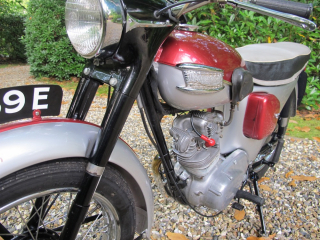 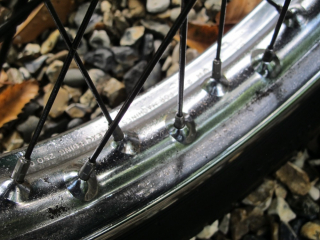 This lovely example of Triumph’s little single was sold by Jack Lilley (still a reputable Triumph dealer) in 1967, since when it has only had one other owner on the RF60 and two on the V5C since 1989. It’s a matching numbers bike but this is not the original registration, it’s a correct age related “E” number issued with the V5C as was common when restoring bikes at the time. The original number isn’t anything special and we have the V5C so it could possibly be re-claimed, although it is longer so in some ways the replacement is preferable. This bike has been unused for 15 years or so but with some recommissioning we have her running seetly again. In fact this is the most mechanically quiet Cub we have ever heard. A testiment to her previous owner, who had the bike stored in a dry shed, wheels off the ground and carefully covered. The bike was rebuilt years ago by highly respected local engineers and it shows. It might not be quite the factory colour but the paint is good, the underseat enclosure is a plastic replica and I’m not sure this model would have had one originally anyway so it’s an option to retain it or remove it completely. Some nice history with this bike including some old MOTs, tax discs and a collection of invoices from the rebuild about 15 years ago. Seat has been a re-covered by RK Leighton on the original restored base and there are lots of original parts remaining including the wheel rims.