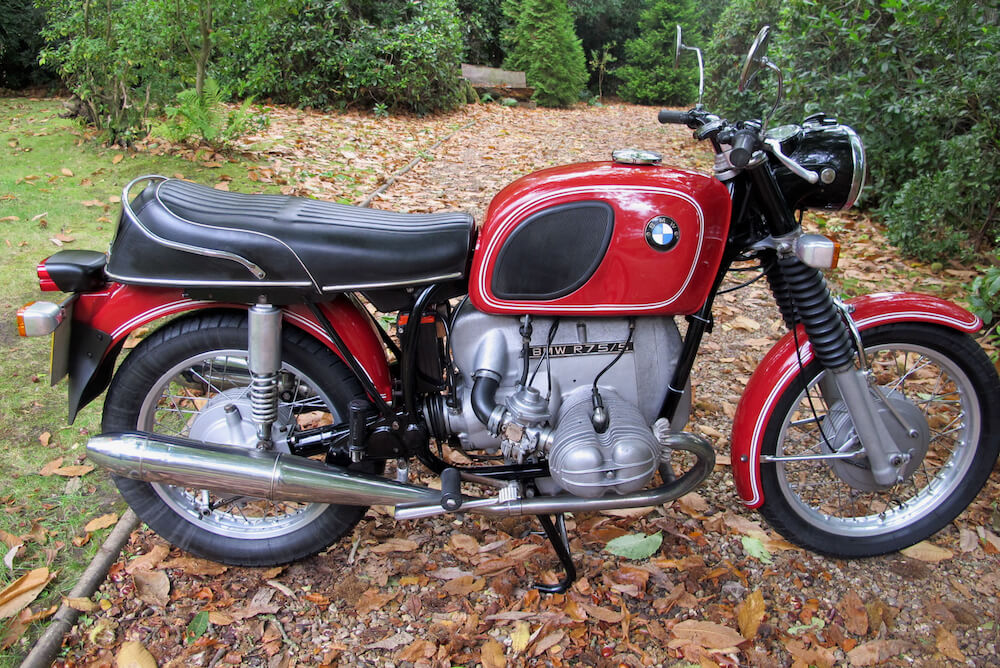 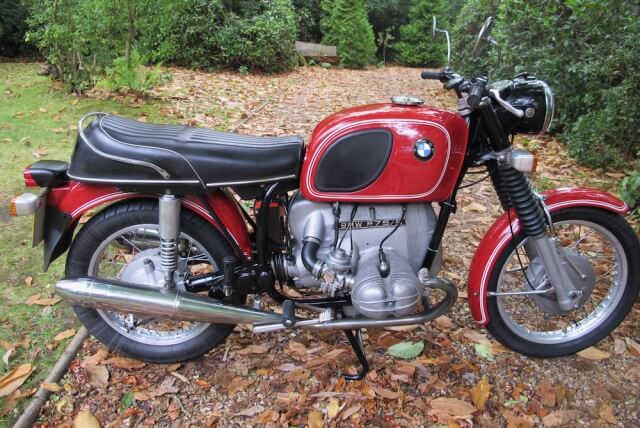 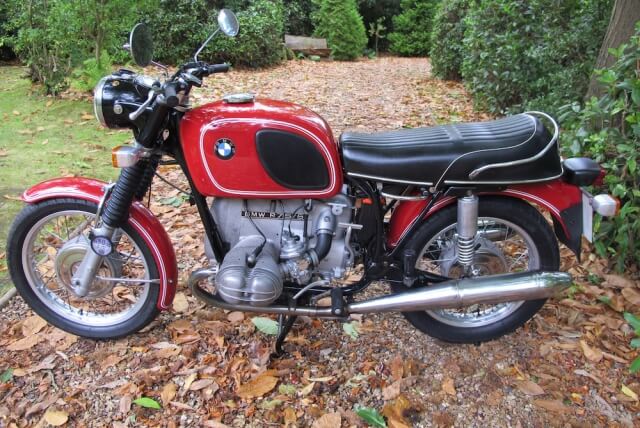 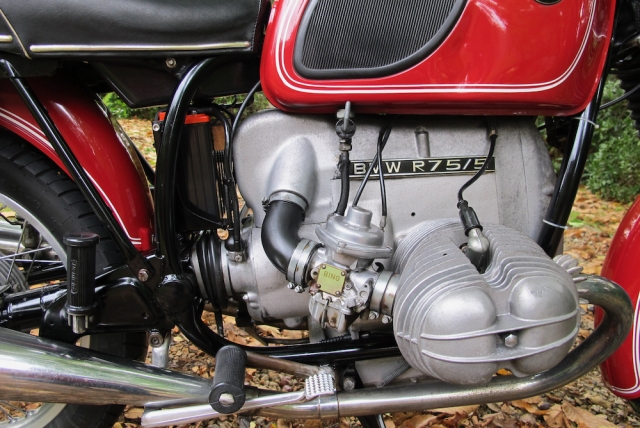 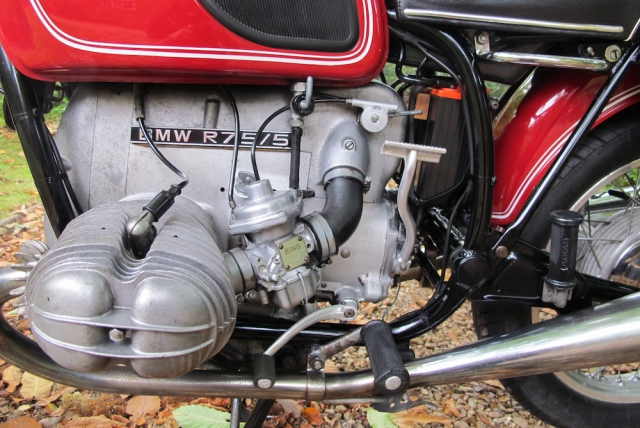 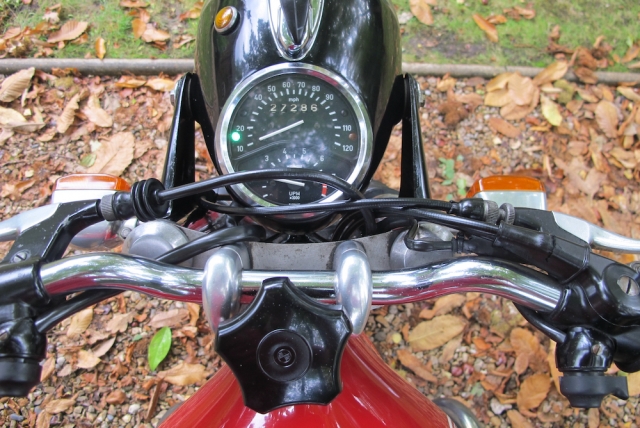 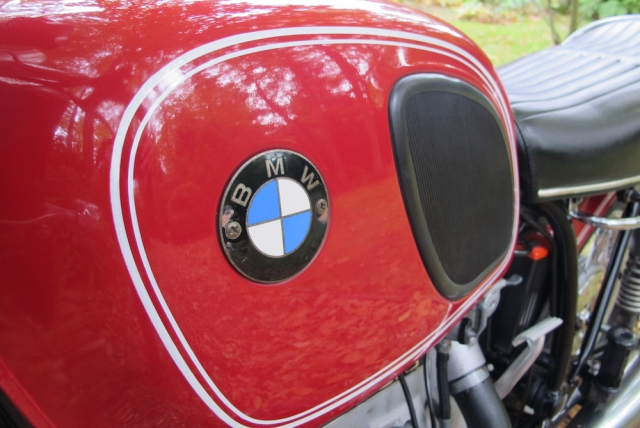 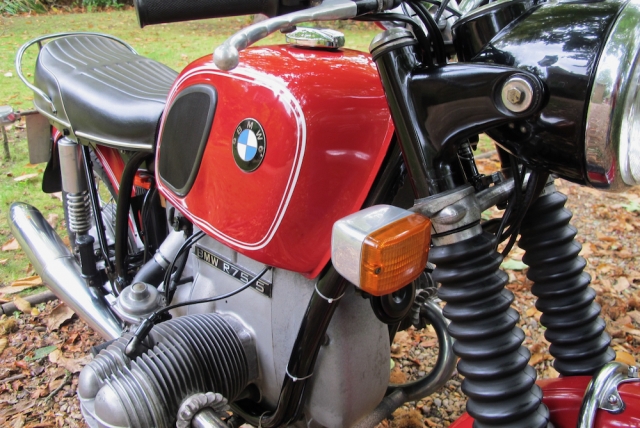 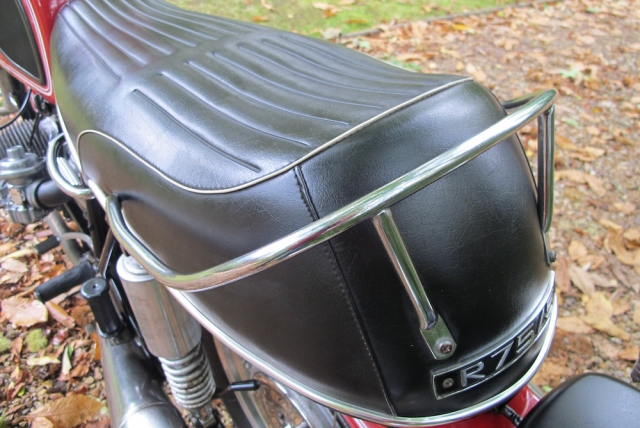 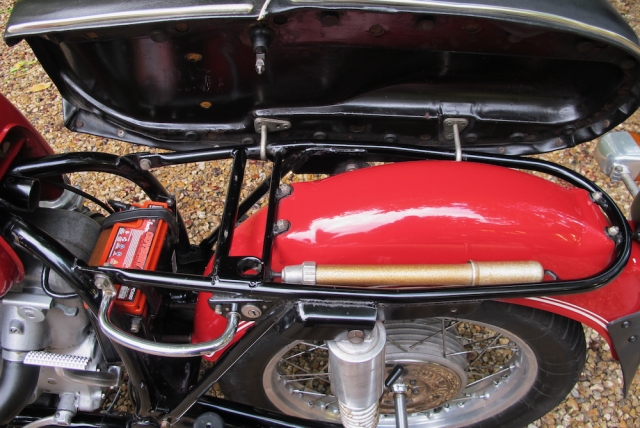 This excellent low mileage matching numbers R75/5 had covered 27,286 miles from new and the V5C confirmed only one former keeper when we first sold it. Returning to stock soon with very few additional miles and reportedly in the same condition. The second owner bought the bike from the first owner in 1996 with very few miles on it, the last owner bought it from us and the bike has been ridden regularly if not excessively since then. It comes with everything you would hope from such a fine example; original keys, tool kit, manuals and documented history. Condition is exactly what you would expect from a bike that has been used and serviced regularly but maybe not cleaned as often as some. Consequently the condition of the paintwork is almost as new; unthinned by years of polishing; and with further detailed cleaning the overall condition of the bike could be lifted considerably. There is a dent on the right side of the tank (paint is not cracked or chipped) and some paint has flaked off the rear mudguard; presumably the result of compression from a small impact. The inside of the tank is like new, all the original switchgear is intact and working like new, chrome isn’t perfect on the exhausts as you can see but the original seat is near perfect. Very unusual in this condition, a joy to ride and could be improved with some attention to detail. Has had a new set of tyres since these photographs were taken.