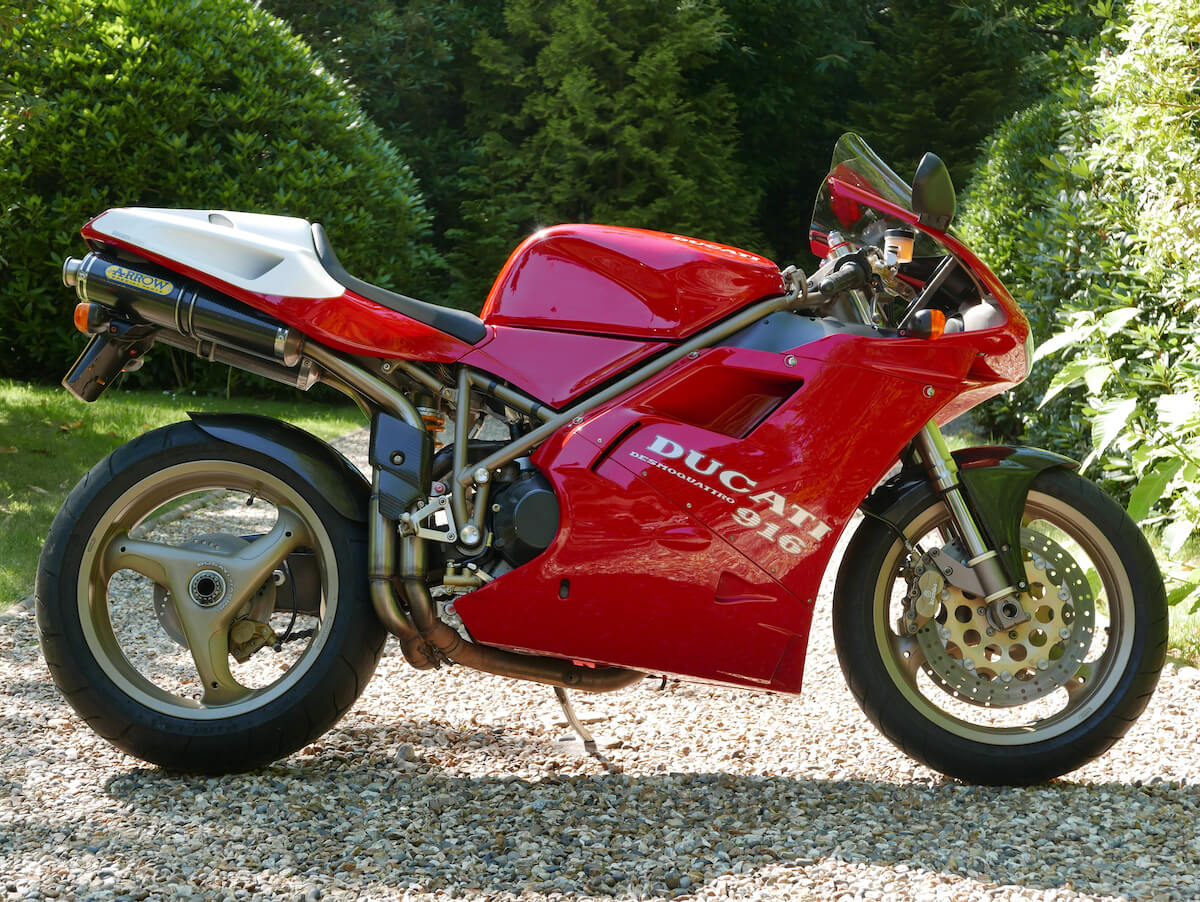 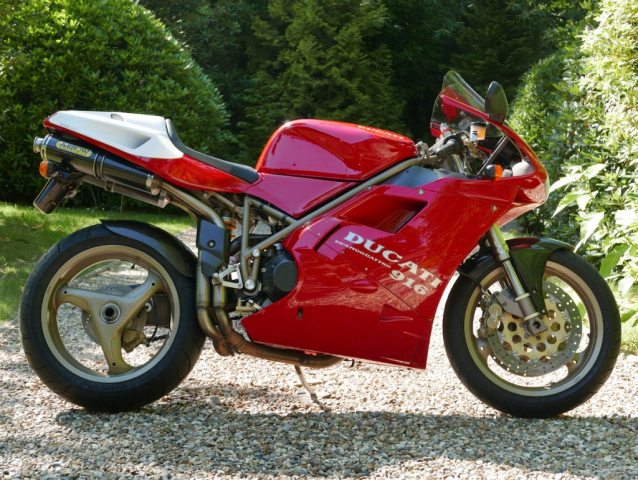 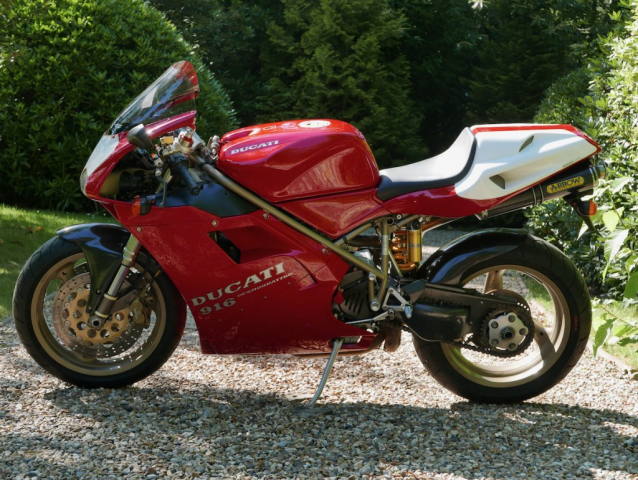 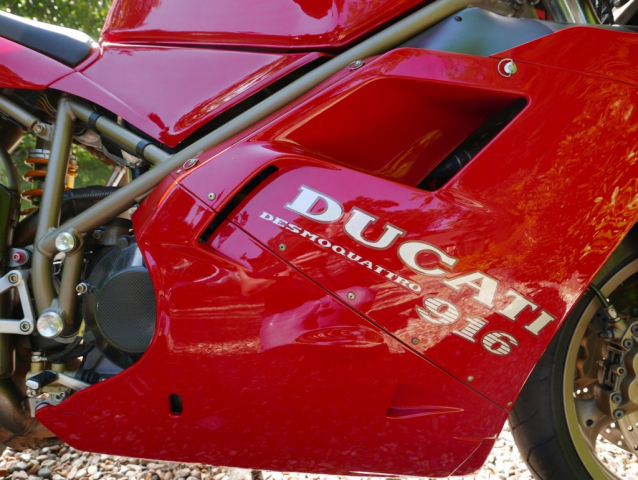 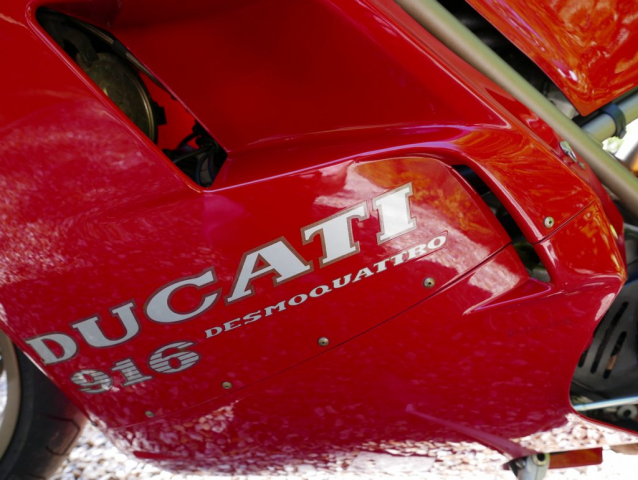 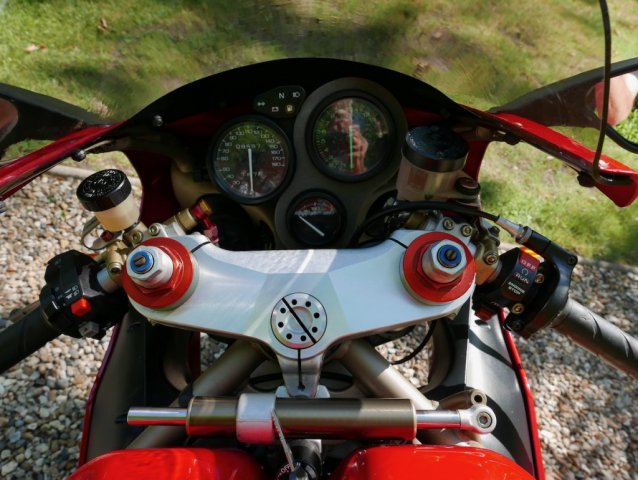 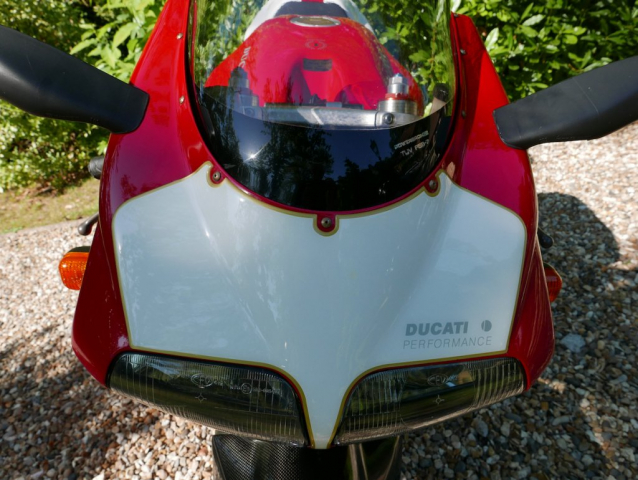 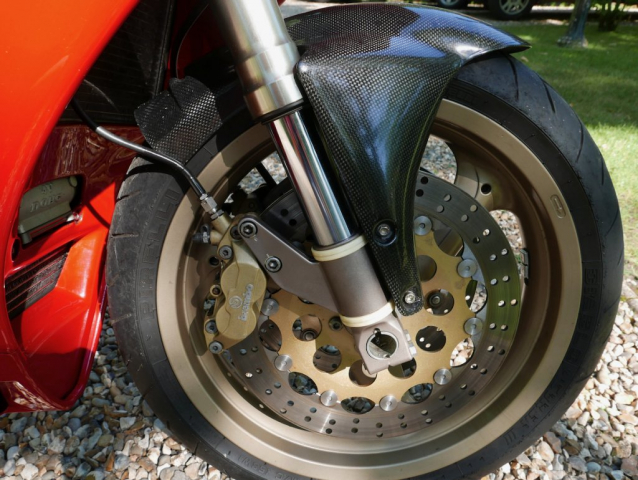 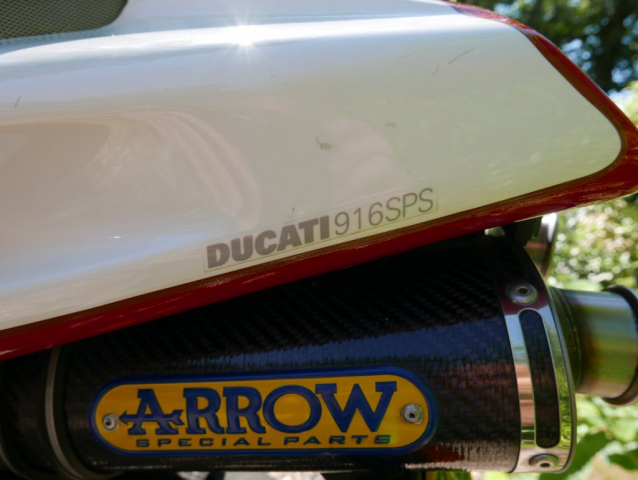 Low mileage, low owners UK 916 BiPosto in SPS guise, complete with solo seat Ohlins suspension, Arrow exhausts and the standard parts are with it, AND the registration is…*916 BP*! Lots of tasteful period extras, particularly nice carbon accessories abound. Very low mileage with service history, new cam belts just fitted and an oil and filter change will be done for the new owner. No record of a valve service so that’s a job to do sooner or later and we’d treat it to a new pair of grips and a gear lever rubber. Oh and maybe replace some of those non-standard fasteners but really that’s it, very little to do, clearly it’s done very little in the way of mileage and led a charmed life. Known to have been stored unused for a period of time, and enough documented history to confirm the recorded mileage is correct. Only ONE former keeper on the V5C and less than 10,000 miles from new with Warranty & Maintenance book, Owners manual and special parts list on file, two sets of keys, Datatagged and ready to ride. Last of the classic 916 graphics, a proper 916 in name and number!