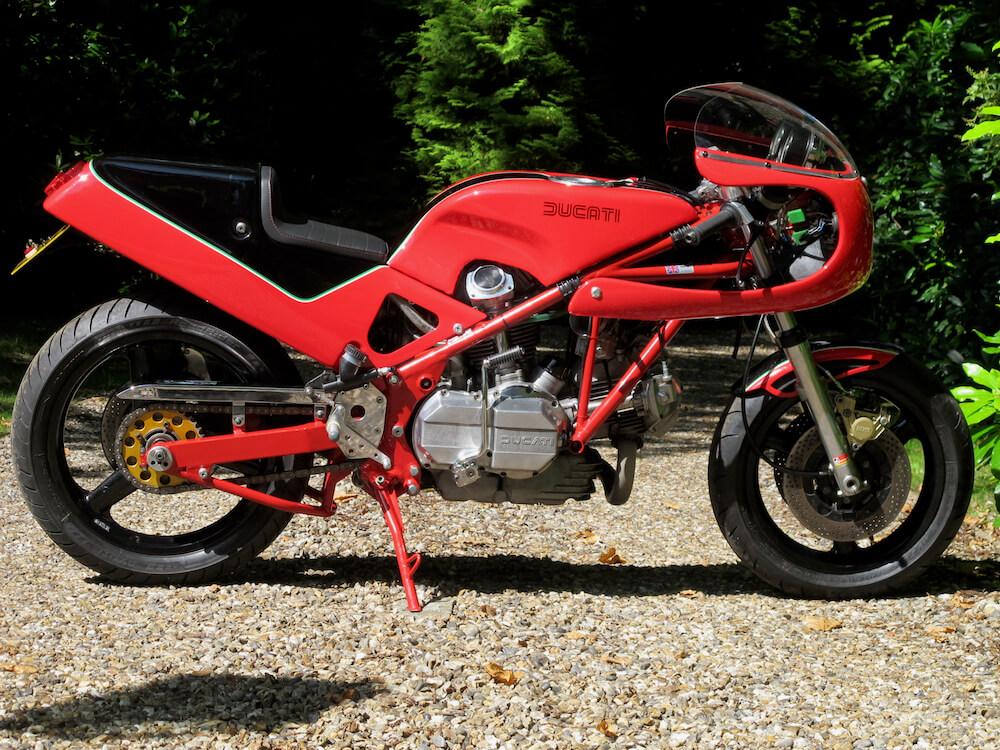 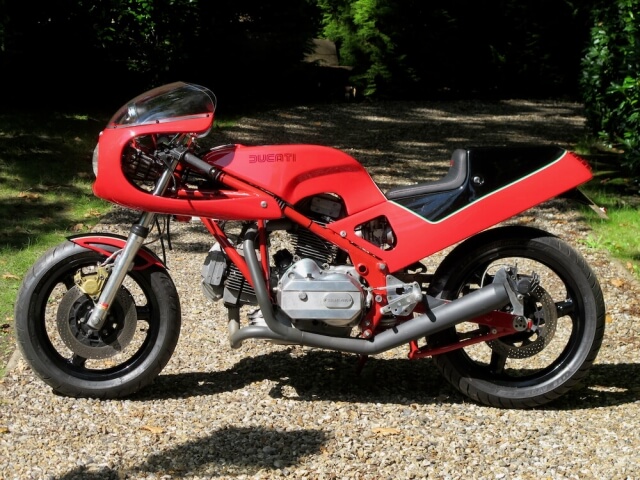 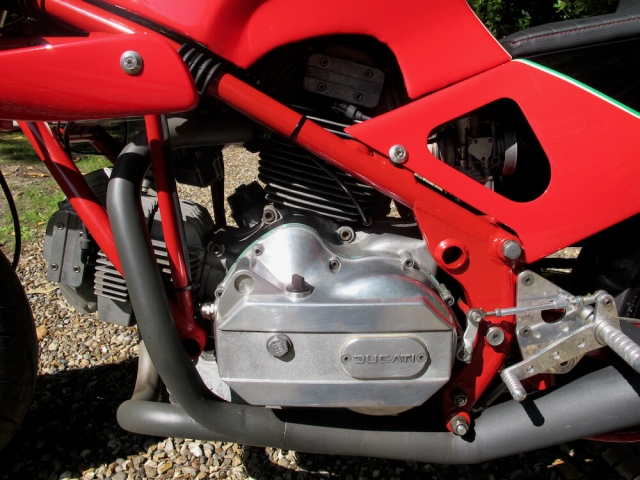 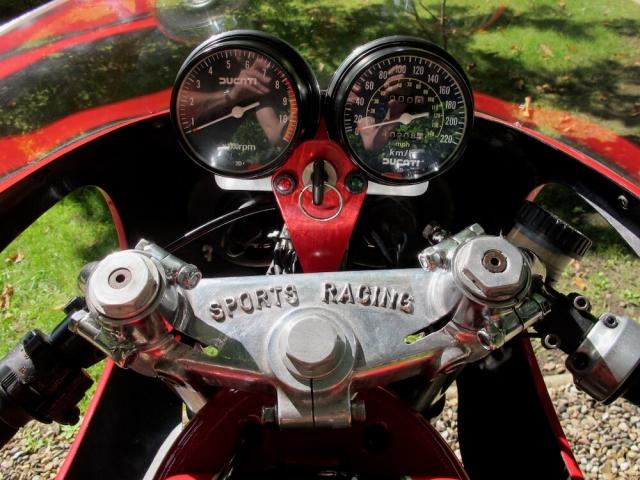 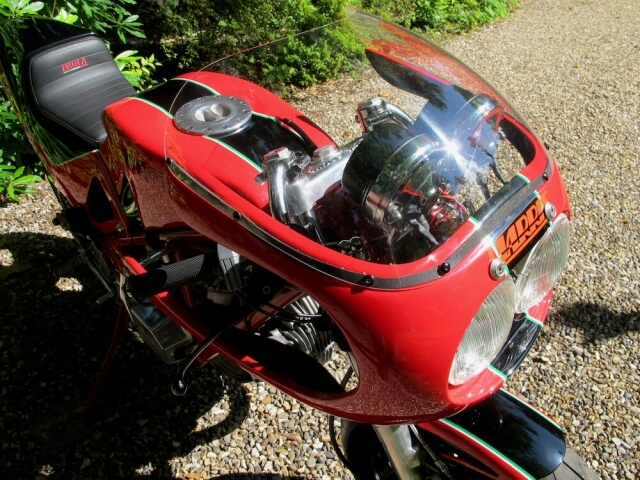 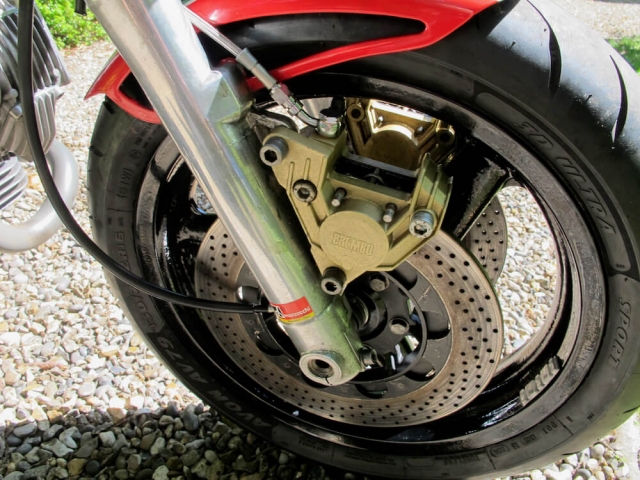 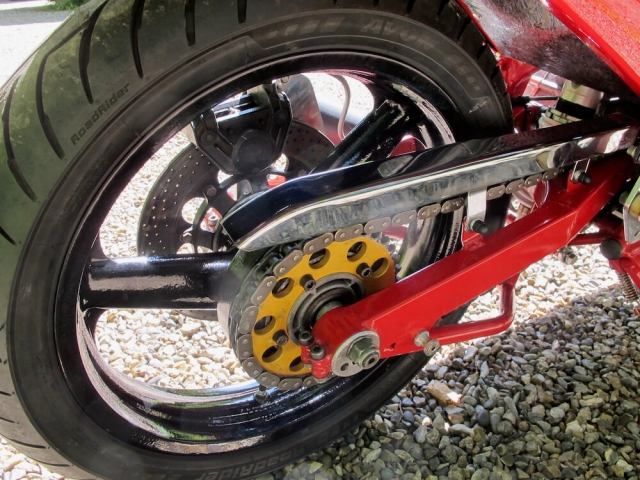 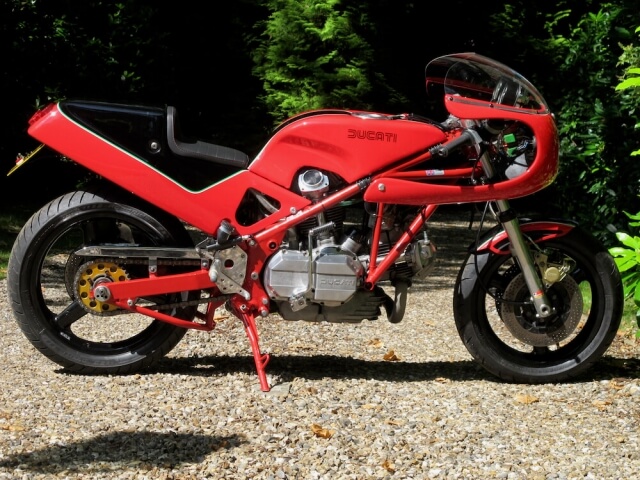 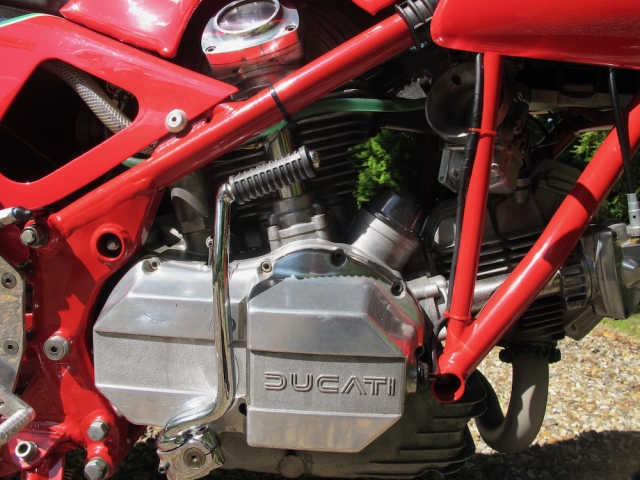 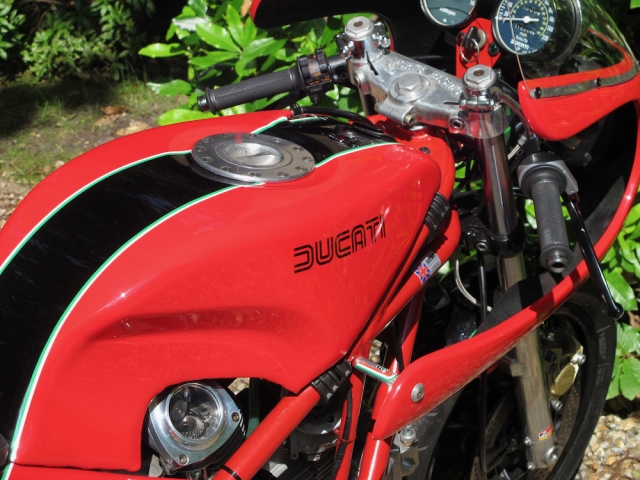 Number one of a total production believed to be in single figures (it is unquestionably number one, questionably of nine, we think). Massive spec including 41mm Dellorto carbs, Marvic magnesium-alloy wheels, Marzocchi forks and Brembo brakes. Recently recommissioned and restored to a very high level, now fitted with a multi-mode modern electronic ignition system and many other new parts. Signed letters on file from Steve Wynne of Sports Motorcycles and Steve Harris confirm it’s the number one, numbers all match and it’s registered for the road. The Alan Cathcart book on Ducati specials, tests no2, stating no1 went straight to its first owner. The previous owner died 16 years prior to sale and the widow waited all that time until she could part with it, so it was in the family at least that amount of time. It was road registered a couple of years ago and there have been two owners since then; both known to CSB. There is a lovely collection of magazine articels, an original brochure (in German) and pictures which add to the provenance. Classic Bike Workhop have been all over it so it runs sweetly, even with the carbs set up with no tick-over, the way they should be. Simply stunning.

This website uses cookies to improve your experience while you navigate through the website. Out of these, the cookies that are categorized as necessary are stored on your browser as they are essential for the working of basic functionalities of the website. We also use third-party cookies that help us analyze and understand how you use this website. These cookies will be stored in your browser only with your consent. You also have the option to opt-out of these cookies. But opting out of some of these cookies may affect your browsing experience.
Necessary Always Enabled

Any cookies that may not be particularly necessary for the website to function and is used specifically to collect user personal data via analytics, ads, other embedded contents are termed as non-necessary cookies. It is mandatory to procure user consent prior to running these cookies on your website.