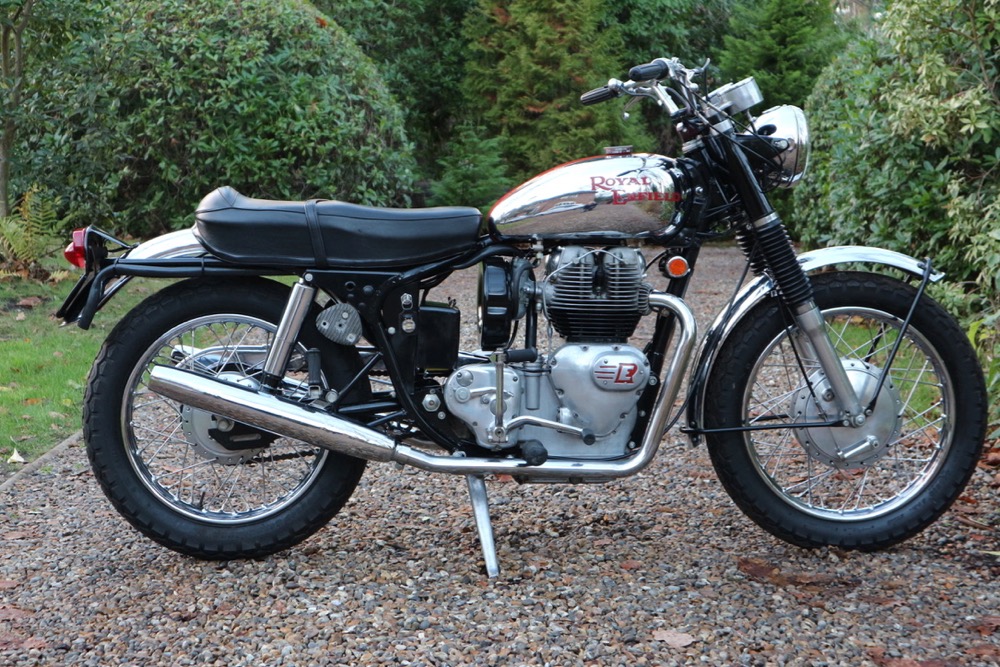 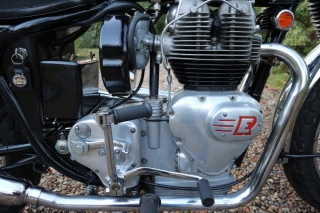 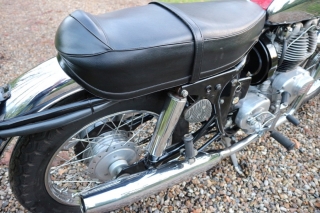 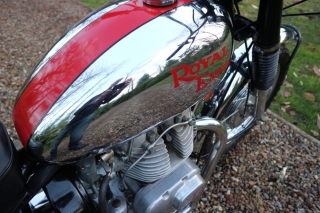 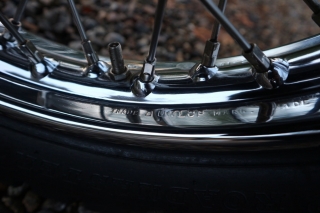 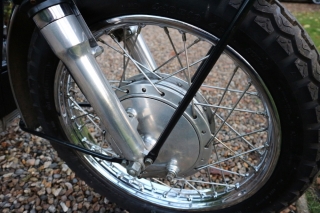 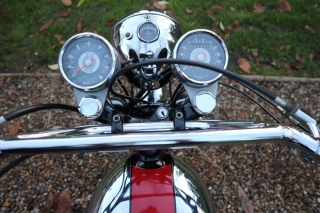 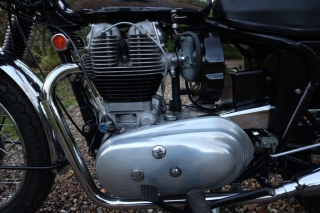 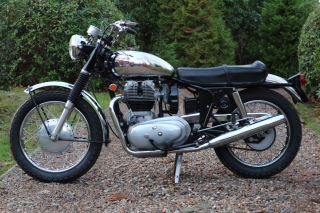 There is a new one out but this is the original and you won’t find a better example. This is something quite special; it’s exactly what we look for inside and out; and having had it in the workshop for a few weeks it’s growing and growing on us. One of those bikes you can debate how much has been restored and how much has just been preserved like new. It’s that good. Imported from Michigan (Certificate of Title present) in 1992, MOTd, registered and taxed in the UK in 1993 since when the odometer has advanced very little. The bike has been used and improved slightly since these pictures were taken so the mileage is a little higher. When purchased it was covered in a protective coating which has proved very effective and now it’s cleaned up almost as well as a photograph on file (assumed to be c1993). Recommissioning in the workshop revealed an almost entirely standard, untouched machine which suggests low miles and careful ownership. No signs of abuse, rounded bolt heads or heavy-handed mechanical repairs with only two exceptions: the fitment of electronic ignition and a couple of stripped rocker-box cover studs. The studs are easily pulled out of the soft alloy rocker boxes by the slightest over-tightening and it shows someone’s been in there checking valve clearances. Repaired now. The electronic ignition bodgery is something we see regularly and in this case included modifying the Zener Diode to take a solid state rectifier which is a shame because the original Zener is very visible. The Boyer elcronic ignition unit fitted works so we have just wired it in properly with a new cloth-bound wiring loom (it had been cut into badly and was the original item so hard and breaking up anyway) and a modern regulater/rectifier fitted up front where it will work. We’ve retained the old heat-sink for the sake of keeping to the original appearance. Everything else we have seen has revealed good news! Original Dunlop rims appear to be as new (none of the polishing out of the stamping normally associated with re-chroming), the inside of the fuel tank is clean and solid, the spokes are so good they have to be replacements. Don’t they? Original seat for sure, rare optional air filter, one of only three optional extras available. Best guess is it’s a low mileage completely original machine which has had some restoration (clocks reset) including wheel rebuilds and possibly paint but all the original parts were there and they appear to show very little wear and tear. Or it could be completely original and never been anywhere or done any miles. Or it could be a complete (older) restoration which included the very best re-chroming and painting and lots of new OEM parts. Few less-than-concours points to mention: small dent to left silencer, downpipes chrome is pitted in places, tank paintwork on chrome of course, as it does. Actually it’s that rare thing, nearly concours in most areas but some attractive patina in others. It’s lovely, really lovely and with Royal Enfield just releasing a new version what better time to have a nearly concours example of the original? STOP PRESS…just fitted with new carburettors for faultless fuelling even when hot and the rarest of all accessories; chrome engine guard; has been obtained and fitted and a grab-rail.