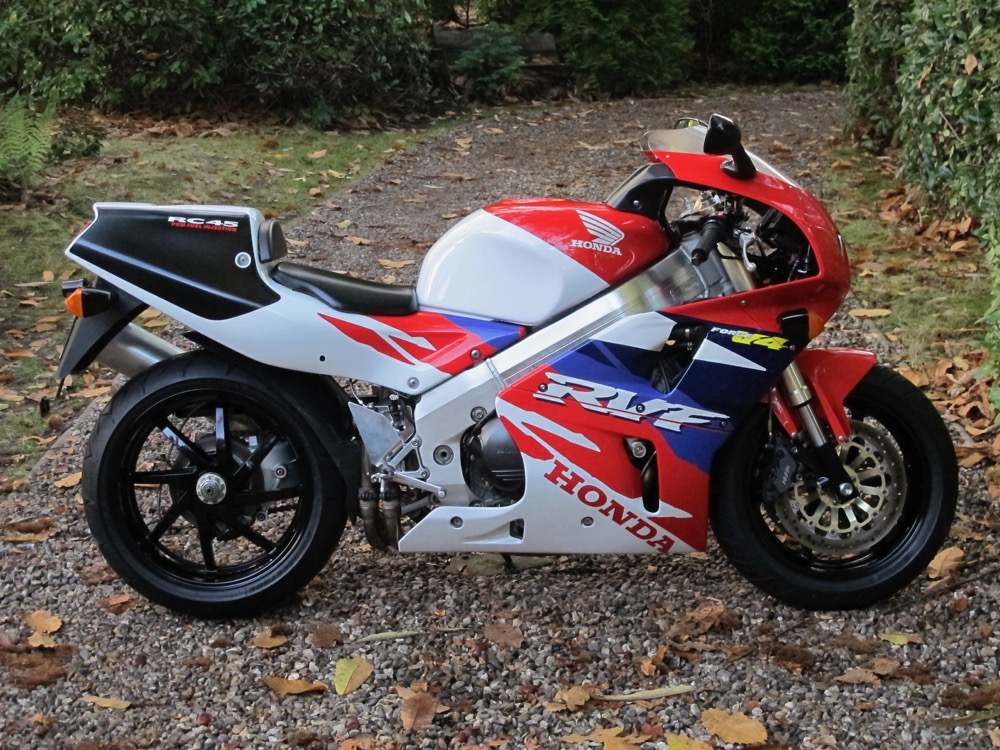 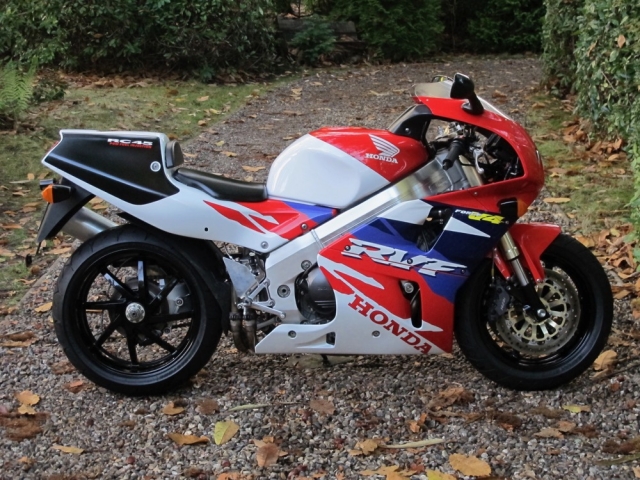 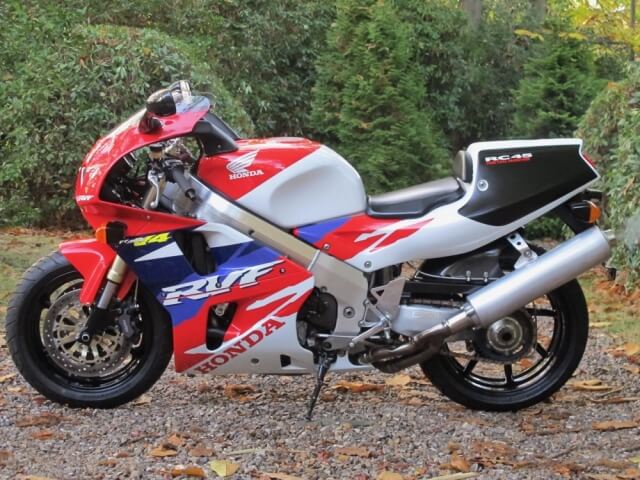 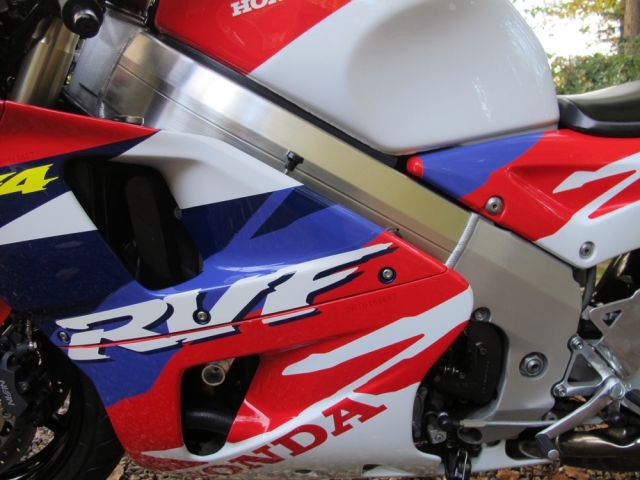 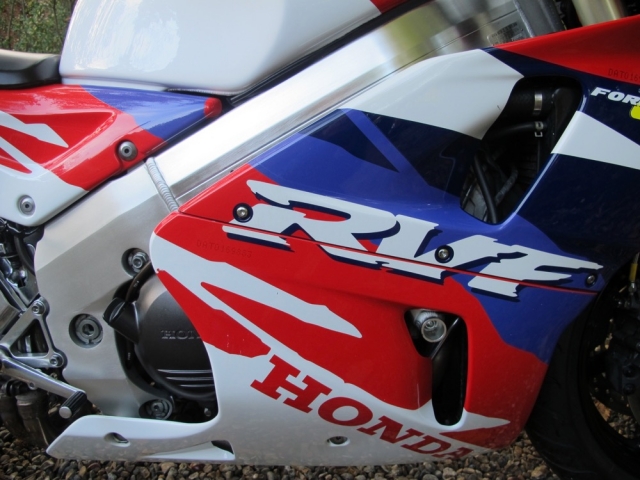 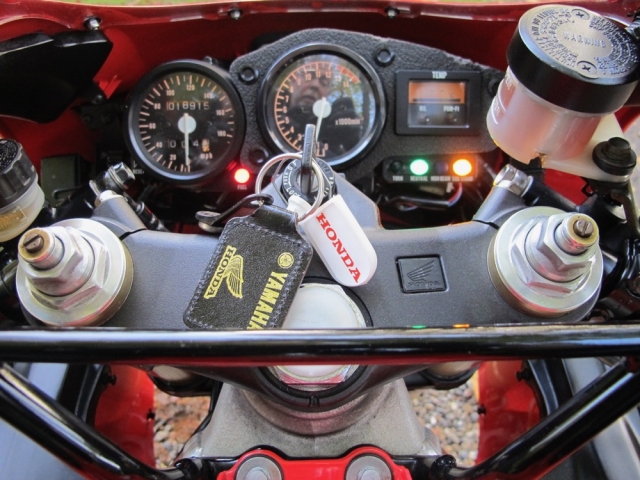 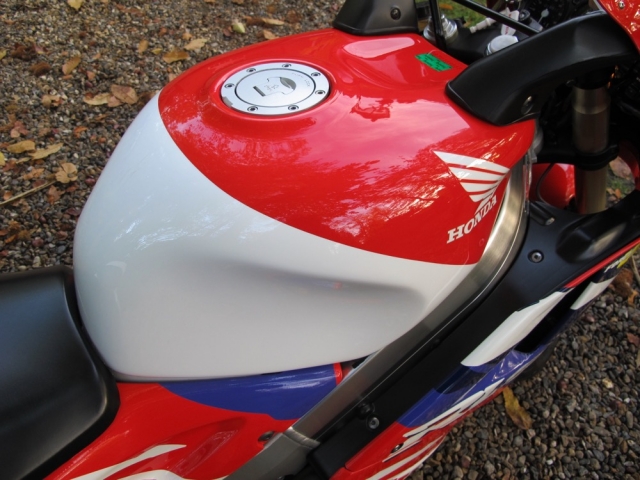 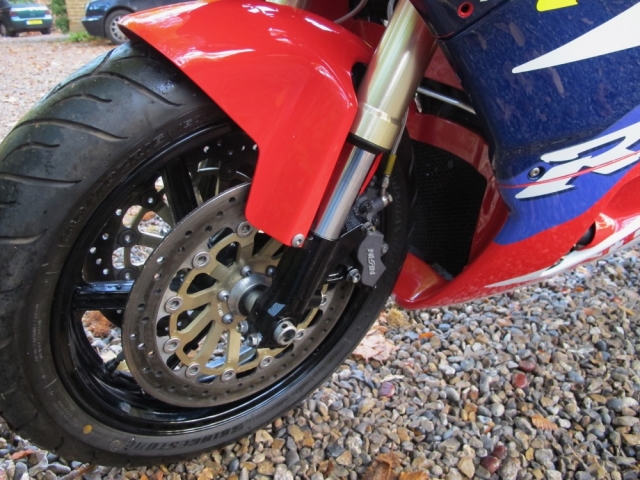 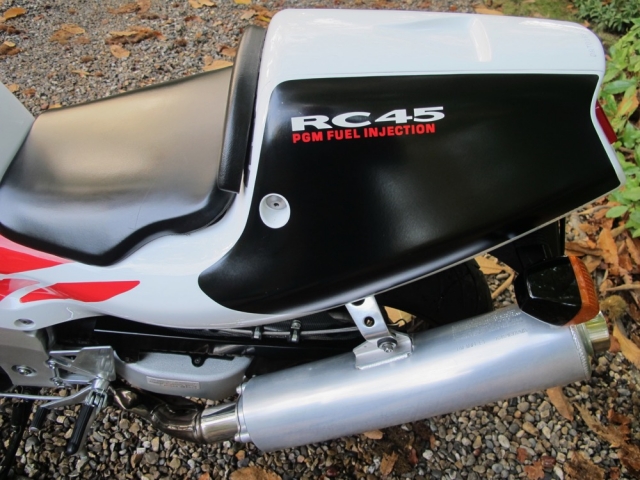 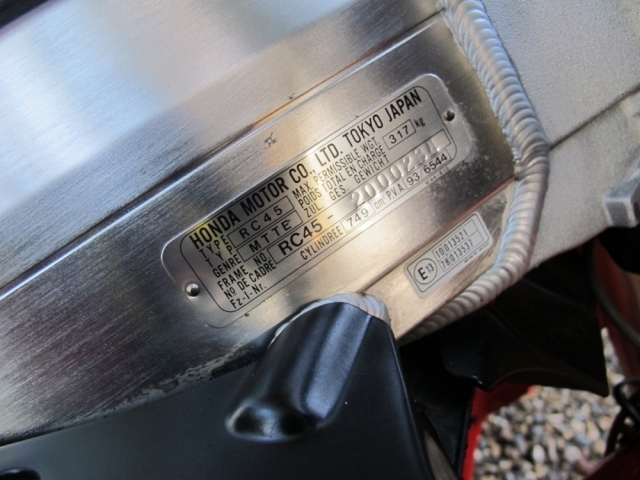 This machine covered over 12,314 of it’s 18,915 miles in the first three years since first registration in the UK as we can see from old MOTs on file. The V5C shows this is number 234 of around 1,270 RC45s produced worldwide, which compares to around 4,800 RC30s. So this bike is an early example of a very very rare machine, much rarer than her highly prized predecessor. Unconfirmed research by a friend of ours suggests 2,272 RC45s were produced worldwide; 12 going to Austraila, 56 to USA and 75 or 77 or 186 possibly coming to the UK out of only 280 for the whole of Europe? Japan probably had between 500 and 800 themselves from what we can glean but none of these numbers are confirmed. There are currently 49 RC45s registered in the UK with the DVLA and some of those will be imports, so however you look at it, this is a rare machine. And it’s low mileage, only five former keepers on the V5C and in superb condition overall, no obvious restoration whatsoever and all original except for the screen and the fitment of a rear wheel hugger. The lack of recent use is due to the bike having been displayed at the Honda Institute for some years, and consequently it has just received a thorough recommissioning and service/ safety check for the new owner, including carbs and plugs cleaning so the engine runs and sounds lovely. No stand with this bike, two sets of keys but no handbook. It’s fitted with a Datatag identification system and will come with a new MOT for the new owner. Very nice indeed now, ready to ride!