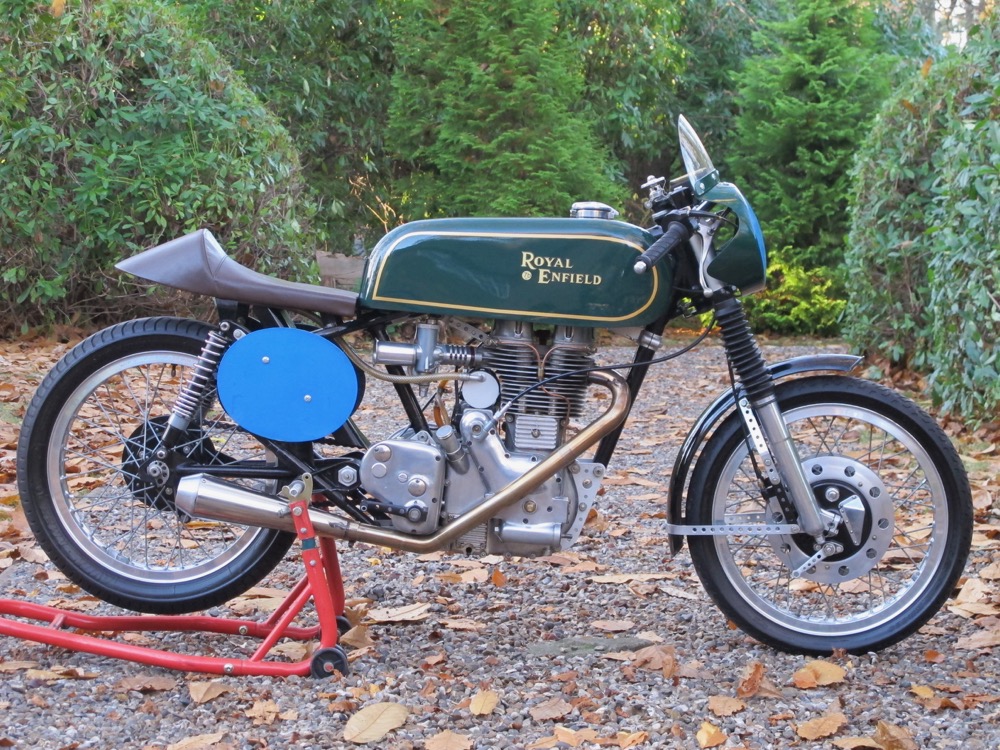 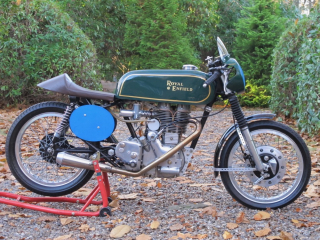 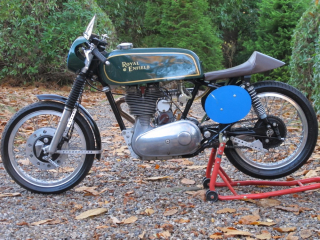 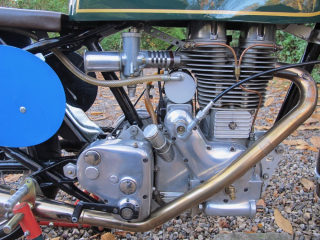 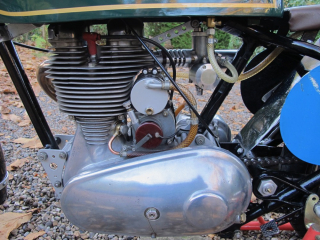 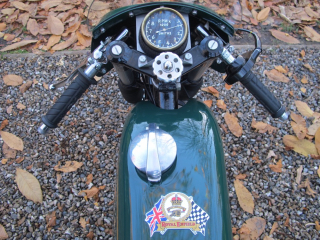 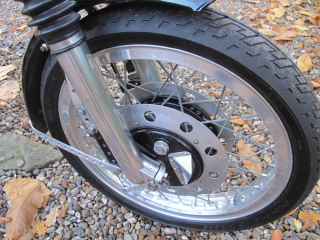 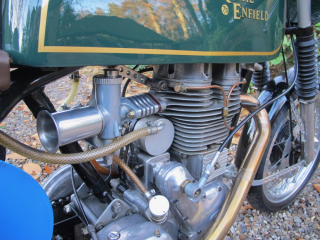 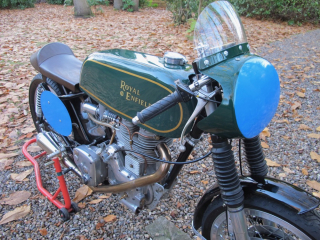 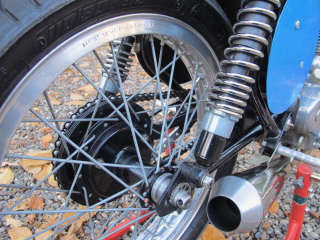 This is a matching numbers G2 single beautifully presented in race trim as you can see. The “real” engine number stamping and the integrity of the frame and matching engine number all confirm this is the real deal, and this frame was only manufactured in this year. Strangely, it’s considered one of the best, which is perhaps why it was selected to form the basis for a race machine. The bike was despatched from the Reddich factory on 23rd May 1955 for the dealer Dunns of Bromyard. The Royal Enfield Owners Club now have the number on their register and will be confirming the new-found provenance in writing for us and the new owner. The beauty is more than skin-deep and with some research and technical investigation to verify what we’ve been told this unique machine may reveal significant hidden value! It’s been run on Castrol R castor oil as many classic racers are, and although this oil has drained clean and without any cause for concern, the bike hasn’t been run for a while so unless you are willing to fill it with R and give it a go we would suggest an engine strip and conversion to a modern oil. This would have the added benefit of confirming the exact specification of the engine, and allowing it to be built to a state of tune consistent with the bike’s intended use from hereon in. For this reason we are not touching it until instructed by a new owner, or not as the case may be. The spec is very attractive with Akront alloy rims, double sided front brake and what looks like a GP or TT carb is surely a large Monobloc looking the part.