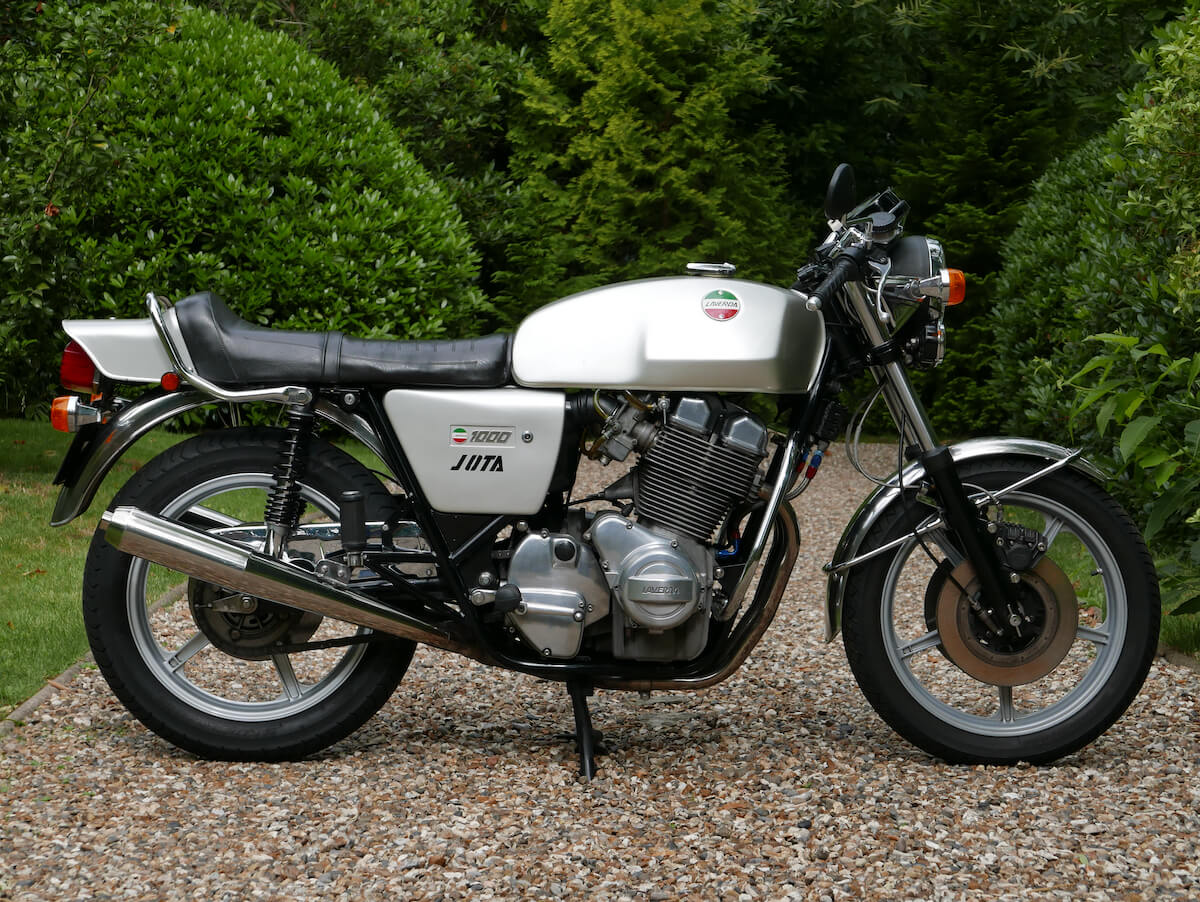 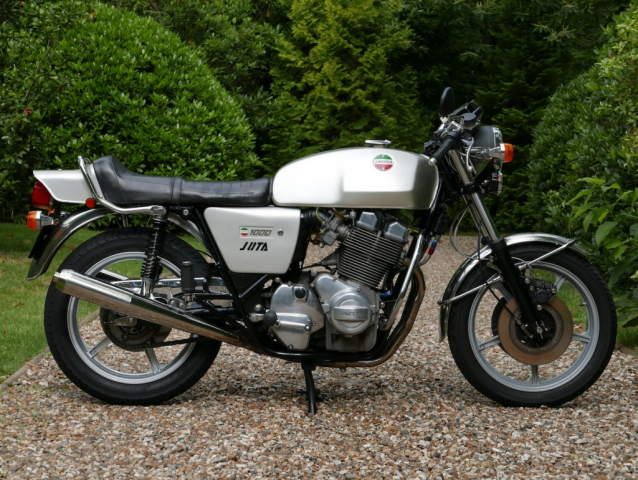 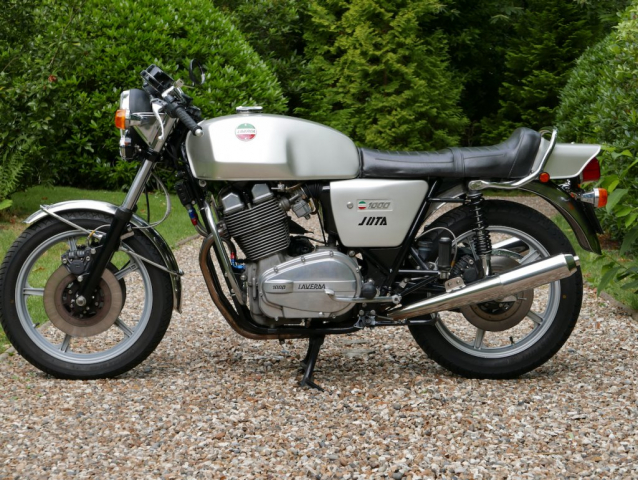 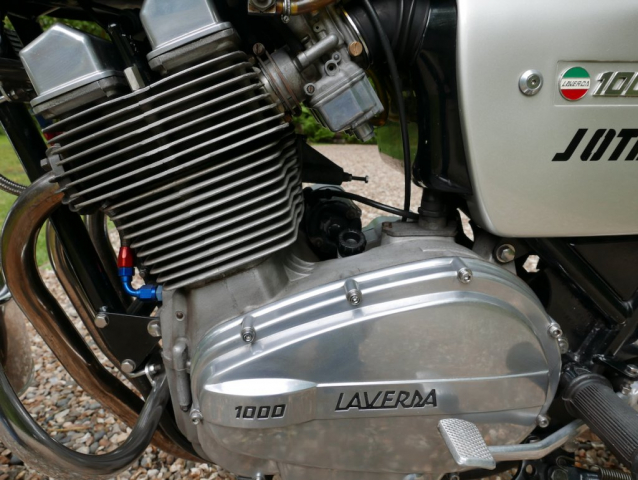 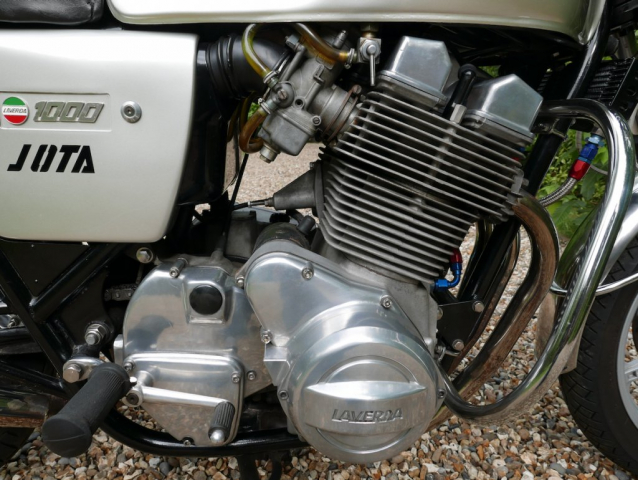 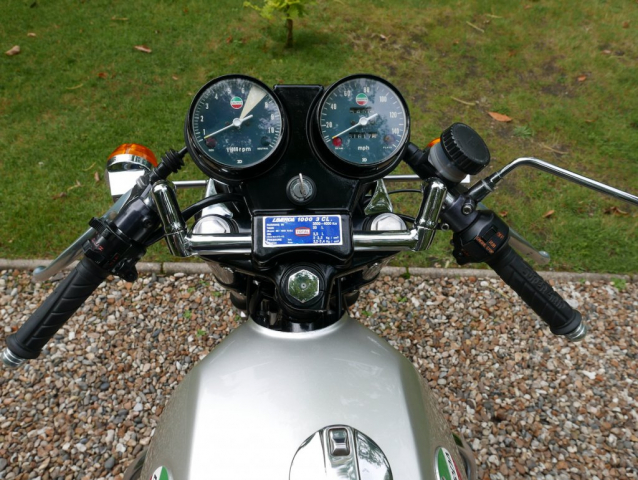 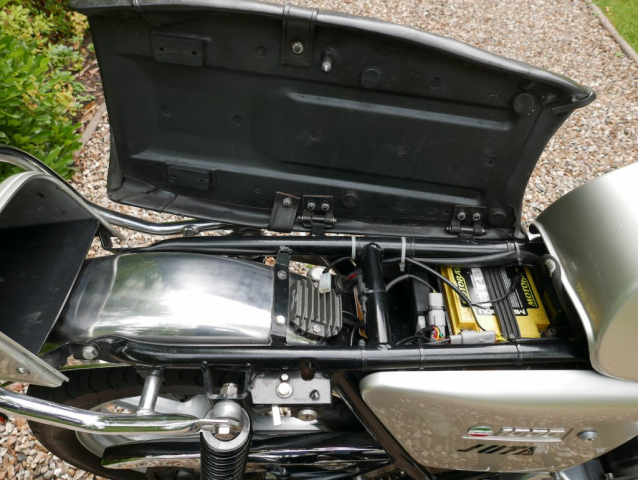 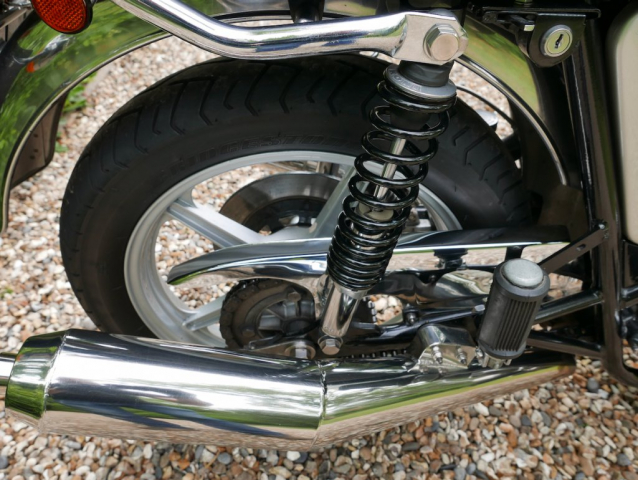 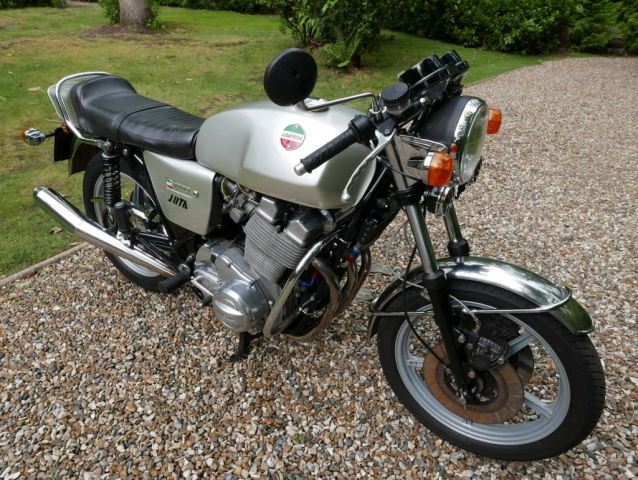 A genuine Slater Jota 180 in superb condition with a full and very comprehensive service and ownership history. Matching numbers 5581 Silver Jota imported by Slater Brothers on 20th July 1977 with certification letter signed by Richard Slater in the substantial document file. This file contains a full and comprehensive service and ownership history detailing every one of the six owners from new, every MOT record with mileage and every service with mileage noted. There are at least 40 oil/filter changes in the 61k miles covered and all the major work is noted in date order, supported by a fat file of invoices/MOTs/service notes and a parts book. There was major engine and some restoration work done in 1994 at 47k miles and a new Redax ignition/alternator was fitted in 2019 at 61,359 miles along with new carburettor internals, all fitted and set up by a Laverda specialist. You know when they are right when they start on the button right out of the delivery van; this one did and most of them don’t. A spare key and full workshop manual are part of the package, the like of which we very rarely see. This is a genuine early Mk1 Jota 180 in the first silver colour scheme, correct in every respect with some sensible upgrades like ignition and brake lines. It’s also got a side stand although you have to move the centre stand down to release it so quite what use that is to anyone is anyone’s guess. On the plus side it is a robust device and does support the bike safely once deployed, unlike many aftermarket side stands. So your choice is to put it on the centre stand easily on your own or ask a friend to hold the bike while you use two feet/hands to put it safely on the side stand. I have developed a little dance that involves jumping up and down, catching the stands with my feet to jiggle them in place while holding the bike, haven’t dropped it yet but probably will. No I’m not doing a video. Rant over. In fairness it’s the only fault I can find with the bike and it’s easily removed so we’ll take that.

Seriously, this is a proper good Jota.