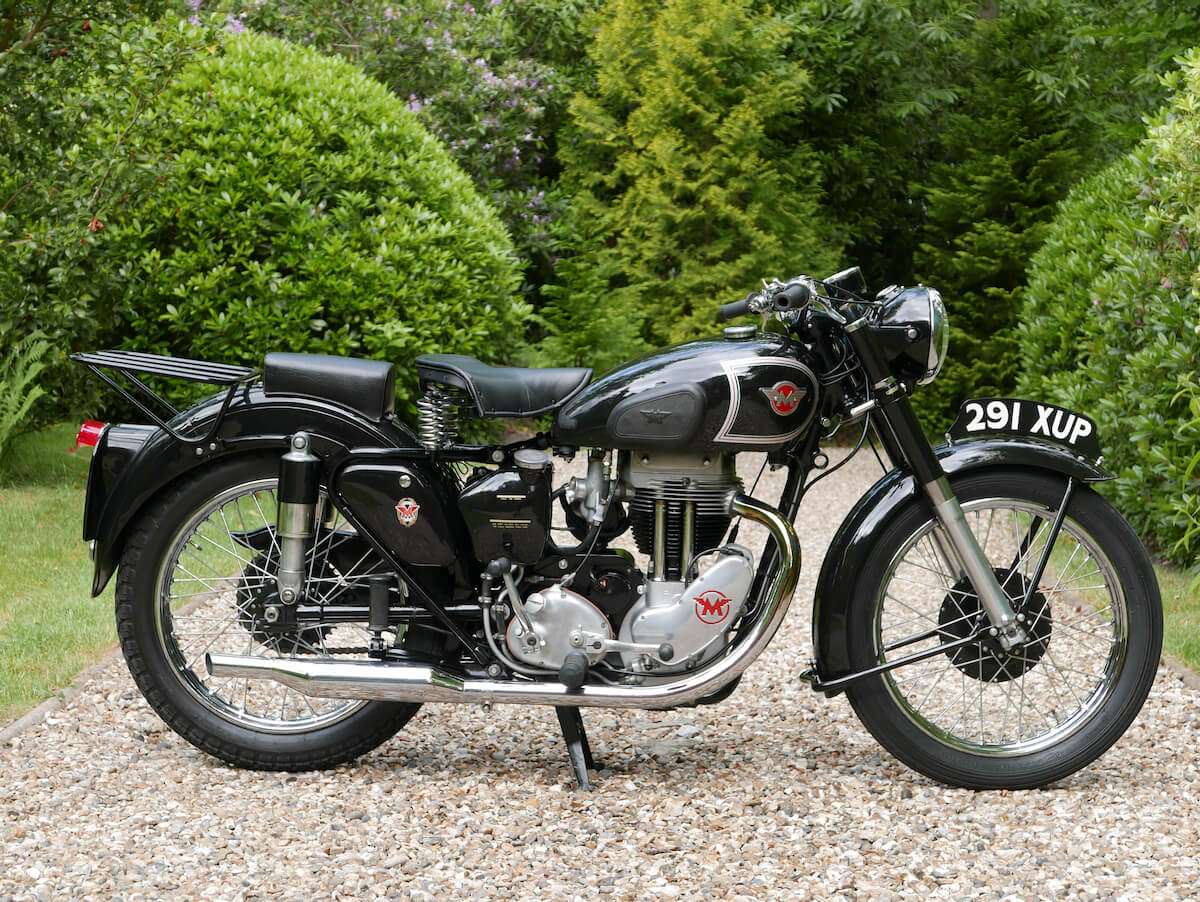 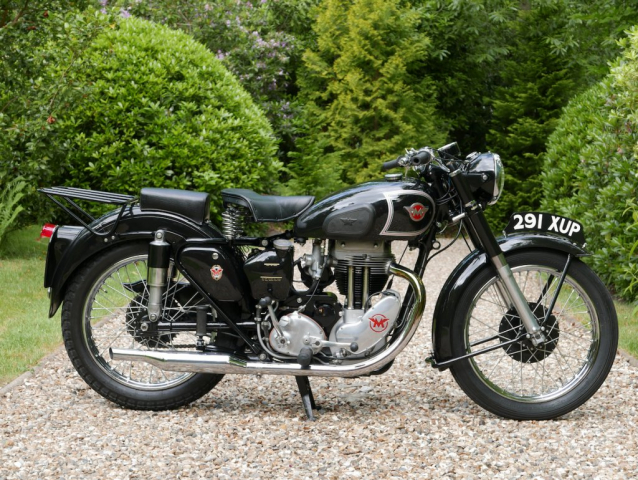 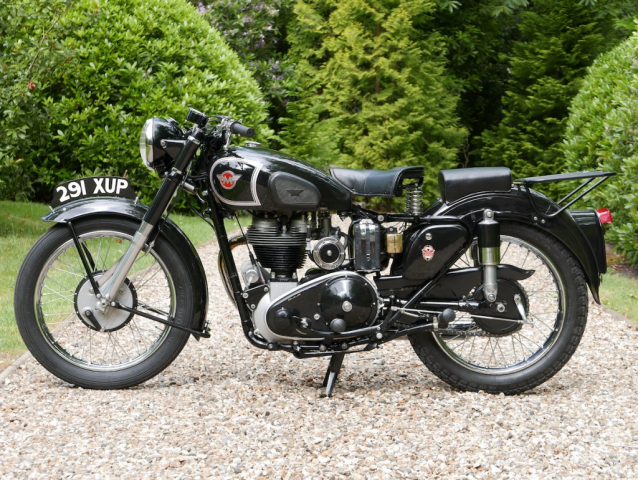 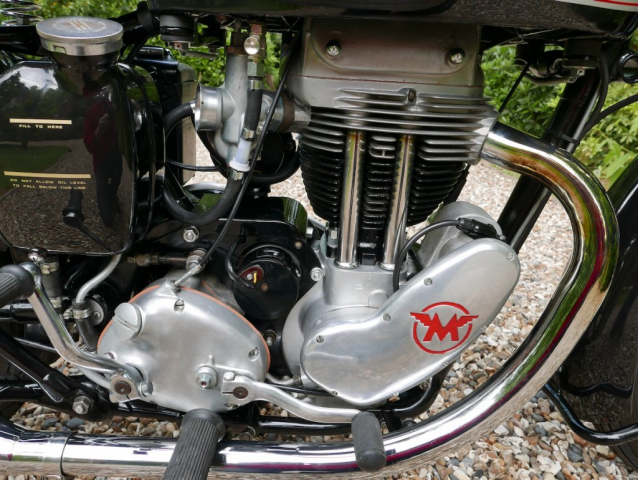 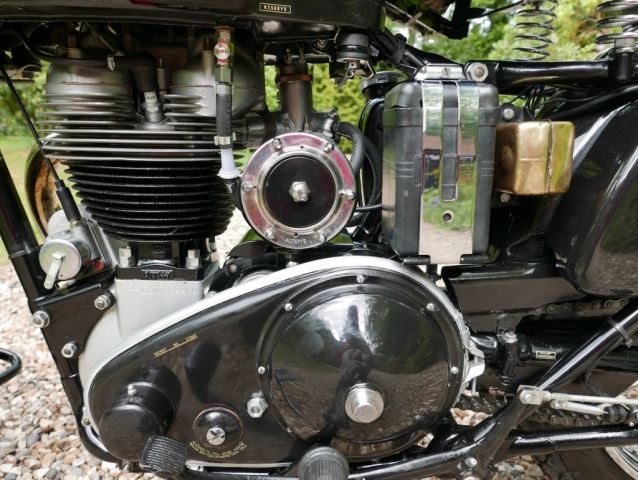 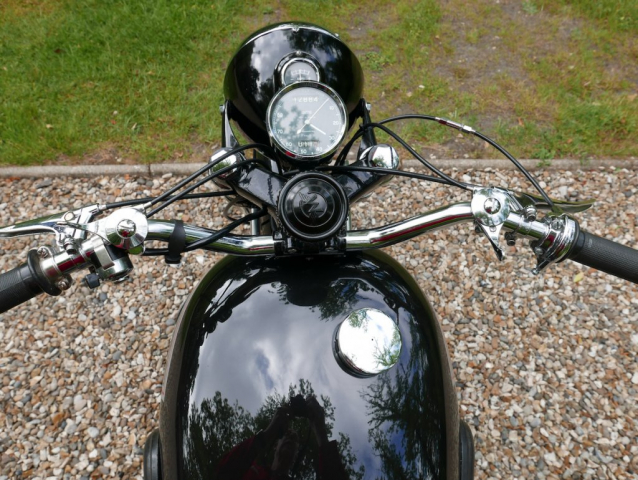 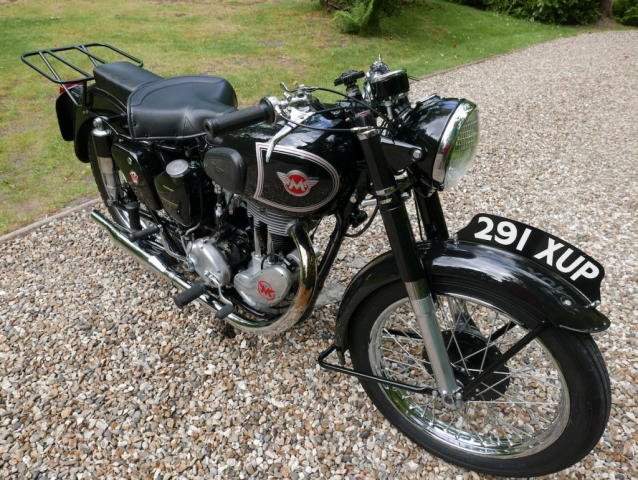 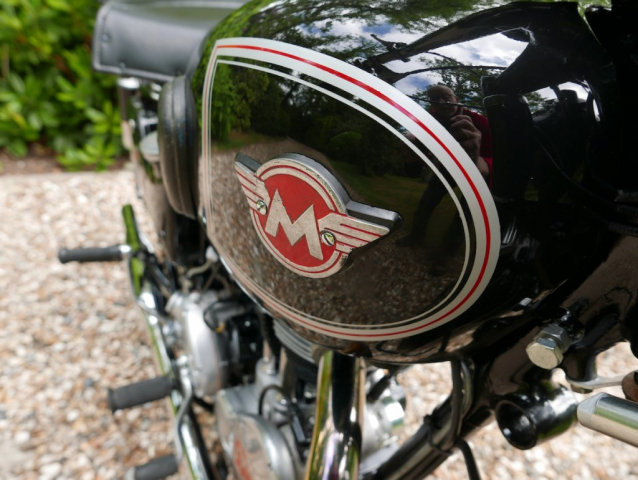 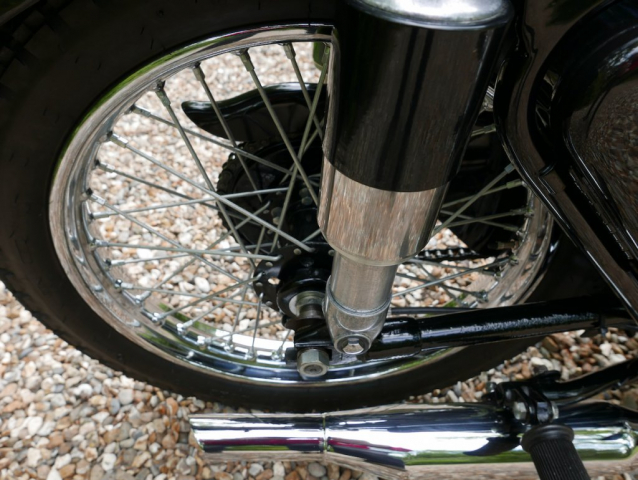 This lovely AMC 500 single has been restored to 1952 G80S specification, and well restored too. There are a few nice hidden secrets beyond what you see though. Lets start with the numbers: they are correct factory stampings and factory records tell us (documents on file to confirm) that the frame is a 1954 and the engine is a 1952. Nothing unusual here and of course the engine has the year stamped on it so restoring it with a single seat to look like an earlier model makes sense as well as being very attractive. Bizarrely the V5C states it was manufactured in 1947 but the machine numbers and spec confirm otherwise and it is of no consequence as it’s registered on an age-related number. Rather more interesting is the engine specification. Classic Bike Workshop have just been all over it (at great expense) and whilst we found and fixed some significant problems we also noted some very nice and unusual engine features which make this machine a joy to ride. First of the interesting performance features is the rare twin-plug cylinder head, although of no performance benefit unless used with a twin-spark racing ignition system. Then there is a sports cam and piston and although we didn’t measure the bore and stroke it may well be over 500cc in actual fact. The result is far from what you might expect though: it starts easily and behaves impeccably, soft and flexible at low revs but with that little bit extra if you need it up top. Very pleasant to ride, handles really well and sounds good too. Recent workshop attention has included new piston and rebored cylinder (needs running in), top end rebuild, primary drive and clutch rebuild with primary case seals renewed and the fit re-engineered to achieve oil-tightness (well as good as you’ll get), gearbox checked and cases re-faced with new gaskets; again to keep the oil in; significant electrical improvements including solid state rectifier carefully hidden in the original box and everything tidied up nicely. We have fitted a newly rebuilt magneto of the correct tight-advance type since these pictures were taken and the new carburettor has been rebuilt and tuned to perfection. There is more because we felt it was worth it. Nice result, nice bike and even more special on the road than it is to look at.