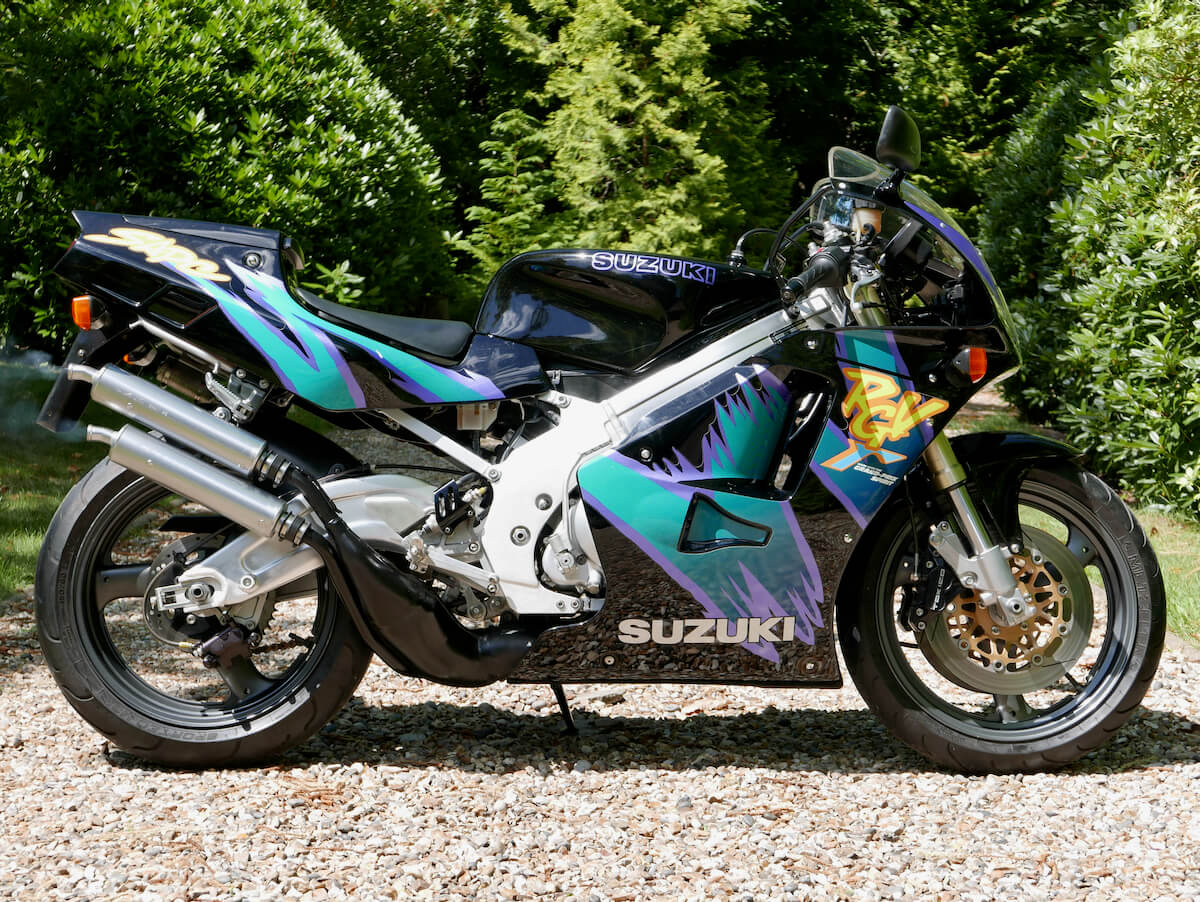 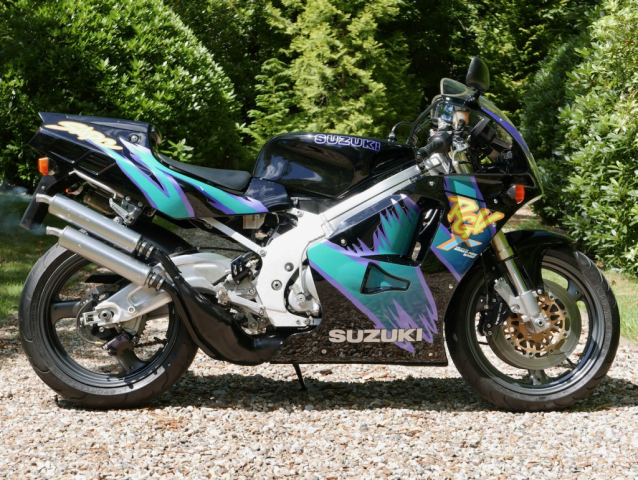 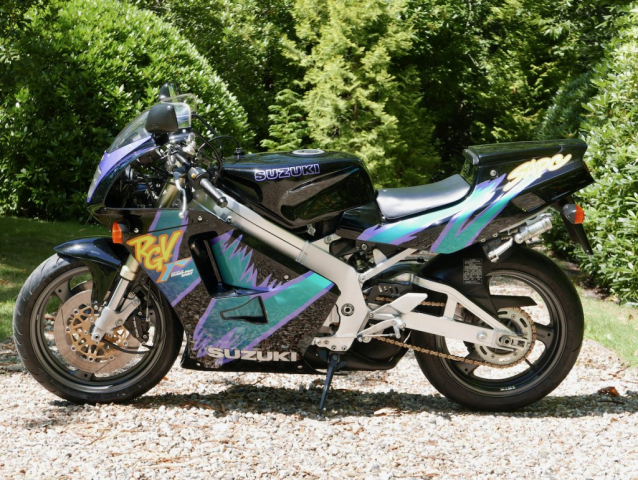 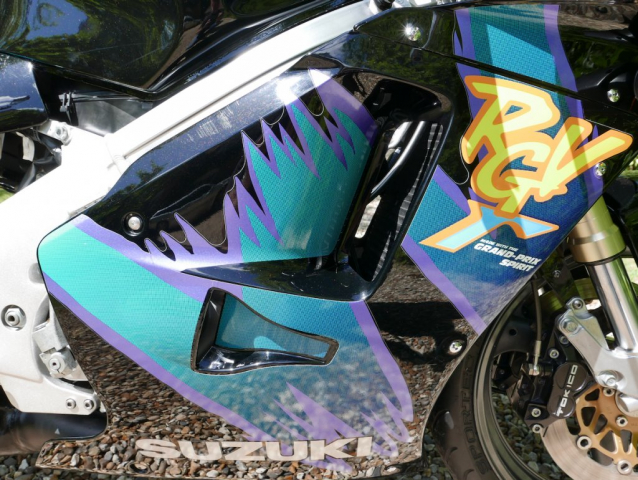 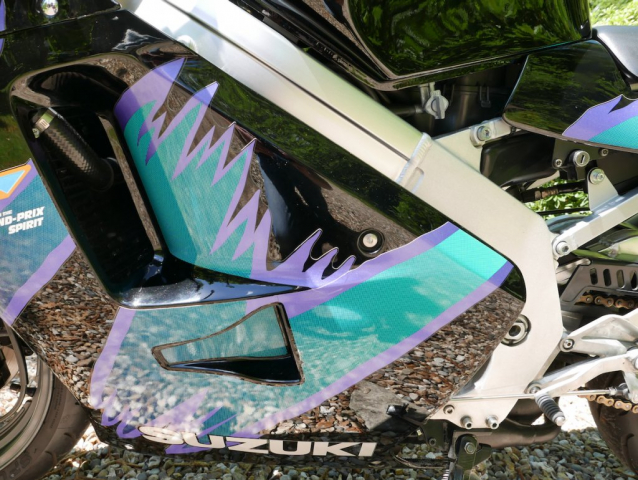 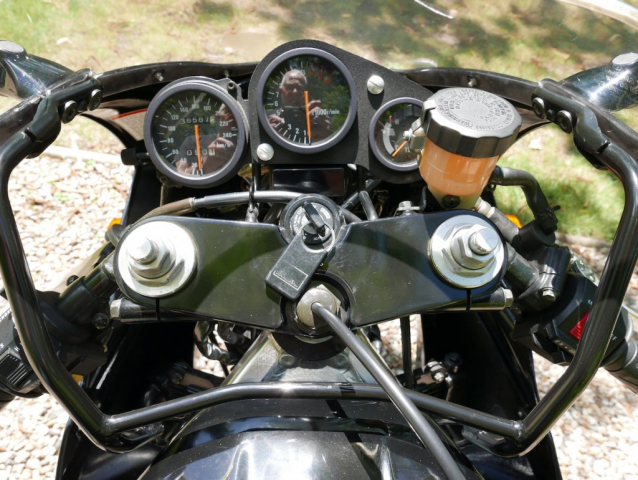 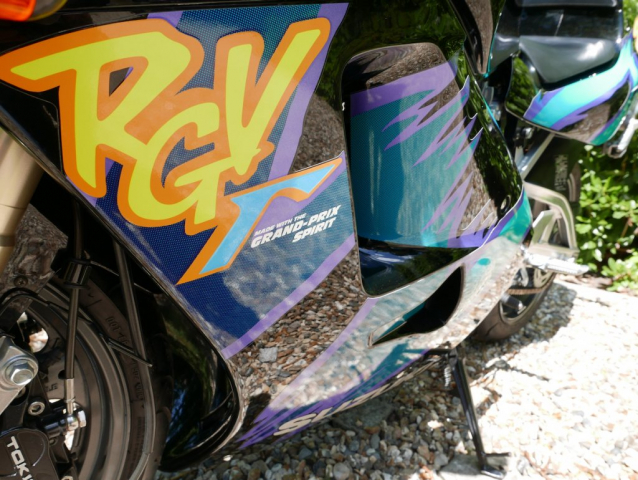 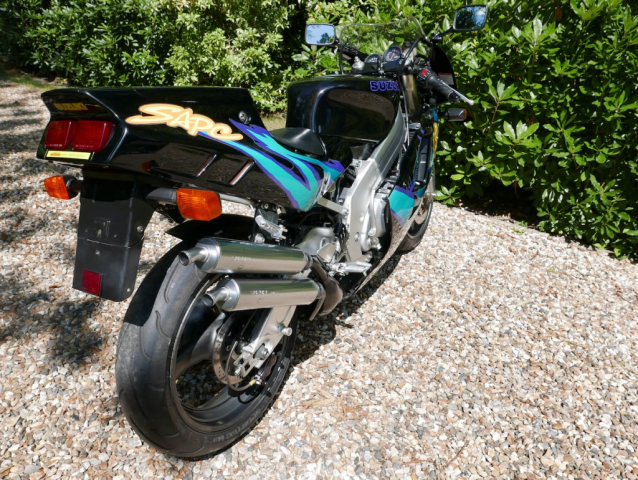 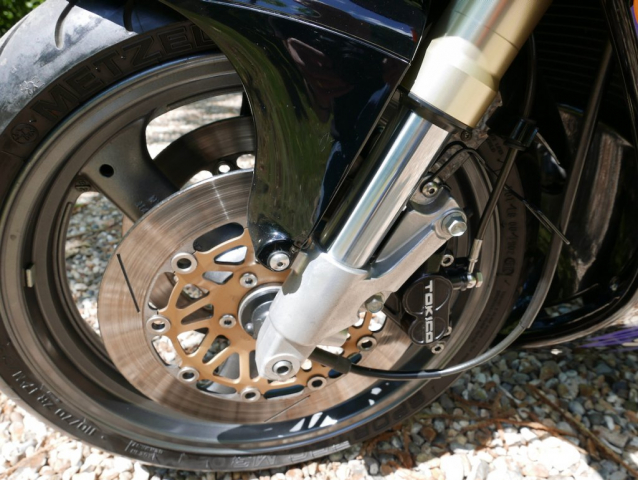 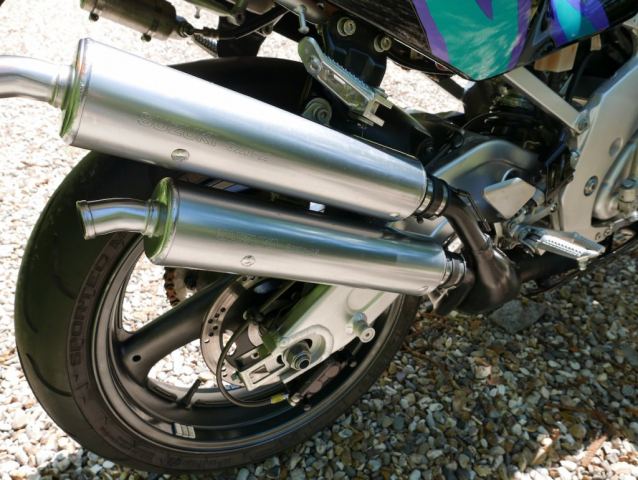 First registered in Germany in November 1992, this excellent standard example of Suzuki’s iconic VJ22 model RGV250 has clearly led a charmed life as it appears to be largely unrestored. Recently imported from Sweden and now registered in the UK, the bike comes with documents detailing a full engine rebuild in 2012, and whilst we don’t know the mileage at that time it wasn’t long ago by the sound of it. We’ll try and remember to take a video of it after a run, when we can report on performance and show it running clean. The engine rebuild was thorough and included top and bottom ends and power valves, although the invoices are all in Swedish. The standard genuine Suzuki bodywork is in excellent condition with only one scratch of any note, which could be touched up but it looks like nothing has been touched-up so maybe leave it that way?