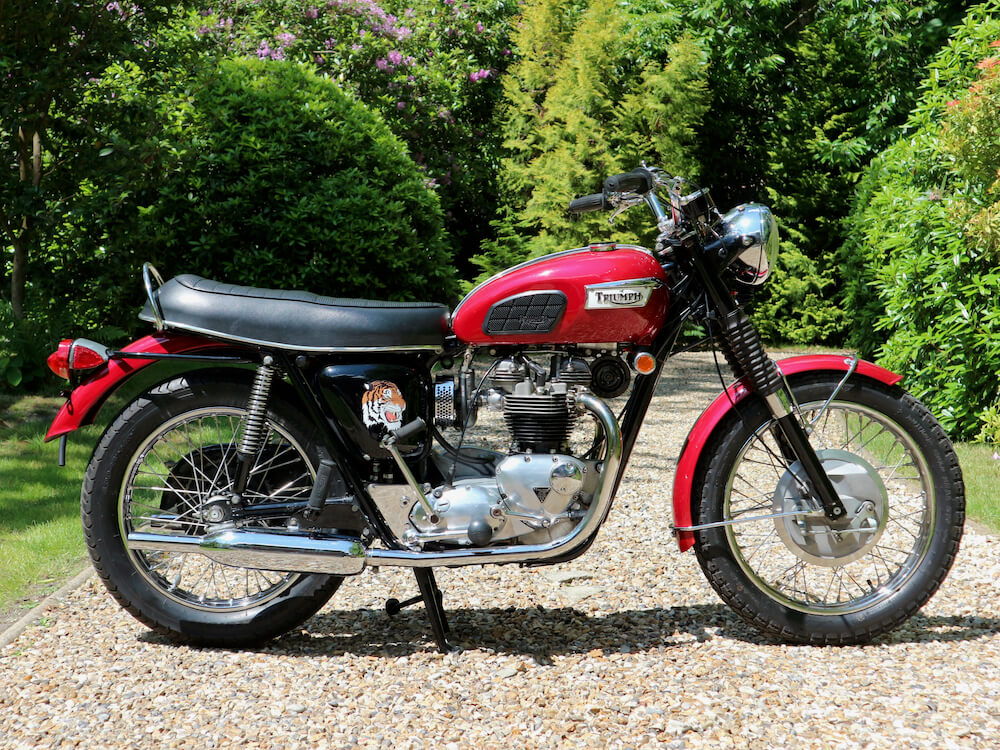 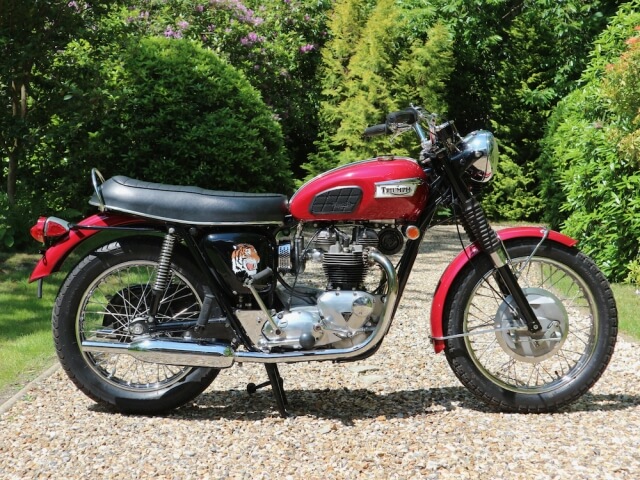 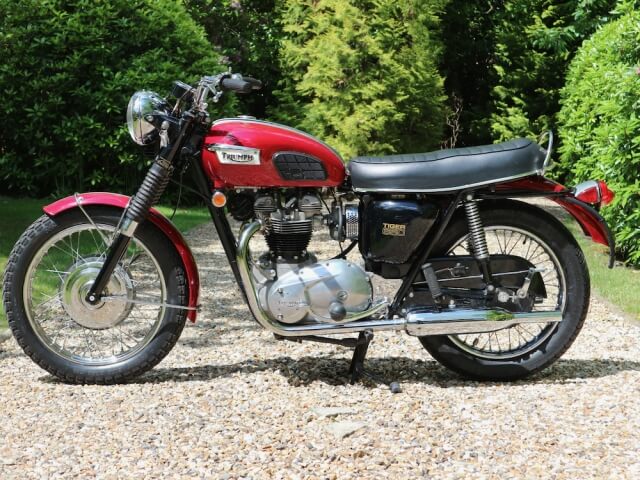 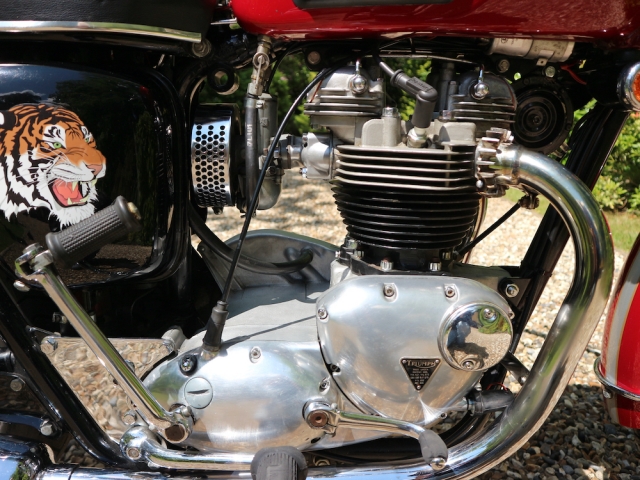 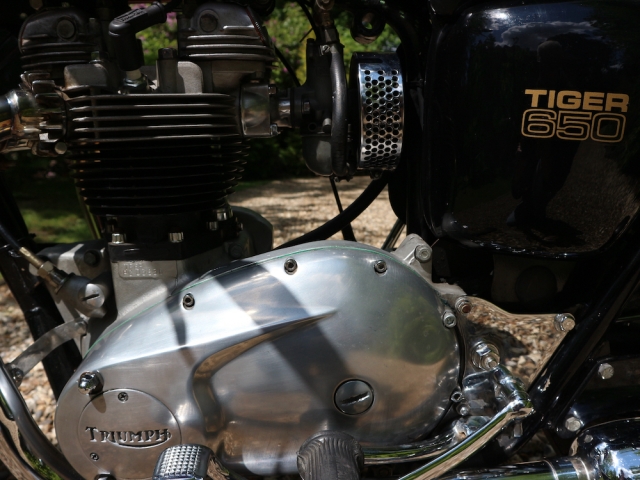 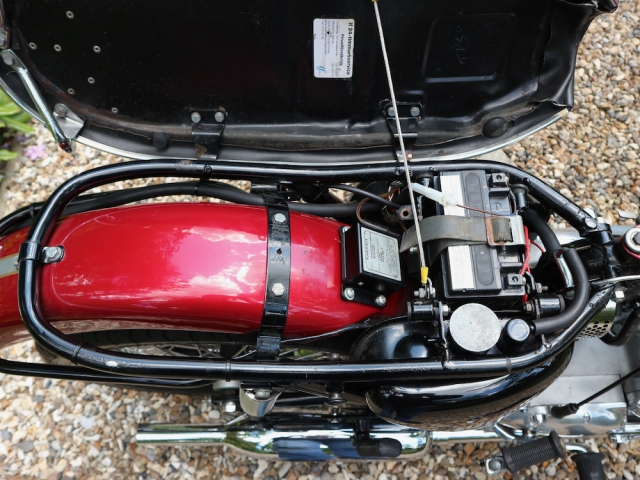 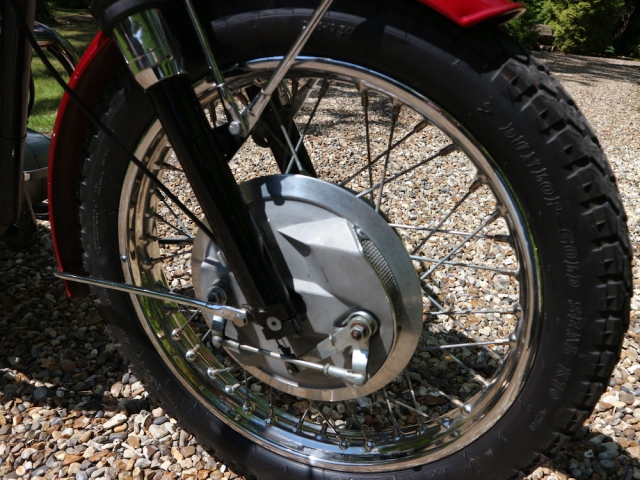 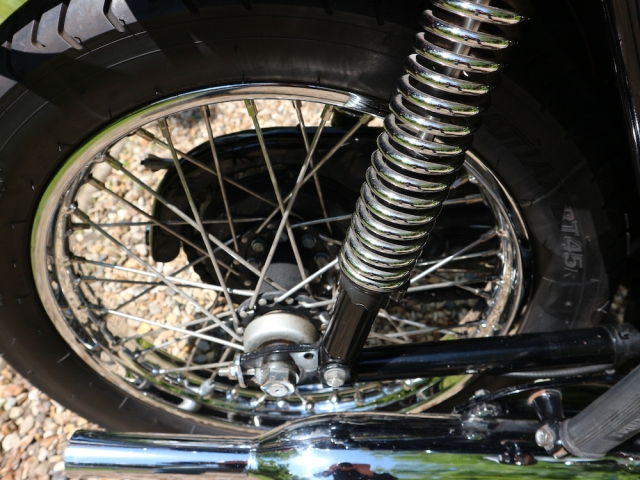 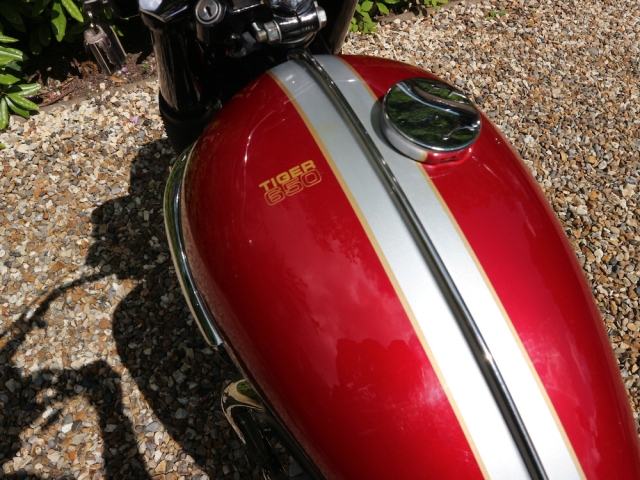 This American model TR6R was exported from the USA to Sweden in 1996 and has lived there ever since. Only recently imported to the UK by Classic Super Bikes, it comes UK registered on a correct age-related number with only one former keeper on the V5C. We will walk you through the process or even do it for you if you like. There is also a set of manuals and some historic paperwork on file; all in Swedish of course. The bike itself has had all the checks at Classic Bike Workshop and with some minor fettling it’s running very well indeed. Looks like a bike than has been well restored relatively recently and mechanically rebuilt and well maintained since. Paint and chrome are very good; OK the Tiger on the sidepanel is not a standard feature but it’s 100% Triumph Tiger and looks good. The front Dunlop rim survives as do many original parts. Ignition is electronic by Boyer Bransden using one of their Power Box systems and we’ve hidden a modern regulator/rectifier under the battery box. Starts and idles easily, no smoke or unusual mechanical noises, top end of the engine is a little oily but nothing to worry about for a while. Overall an excellent example.

This website uses cookies to improve your experience while you navigate through the website. Out of these, the cookies that are categorized as necessary are stored on your browser as they are essential for the working of basic functionalities of the website. We also use third-party cookies that help us analyze and understand how you use this website. These cookies will be stored in your browser only with your consent. You also have the option to opt-out of these cookies. But opting out of some of these cookies may affect your browsing experience.
Necessary Always Enabled

Any cookies that may not be particularly necessary for the website to function and is used specifically to collect user personal data via analytics, ads, other embedded contents are termed as non-necessary cookies. It is mandatory to procure user consent prior to running these cookies on your website.