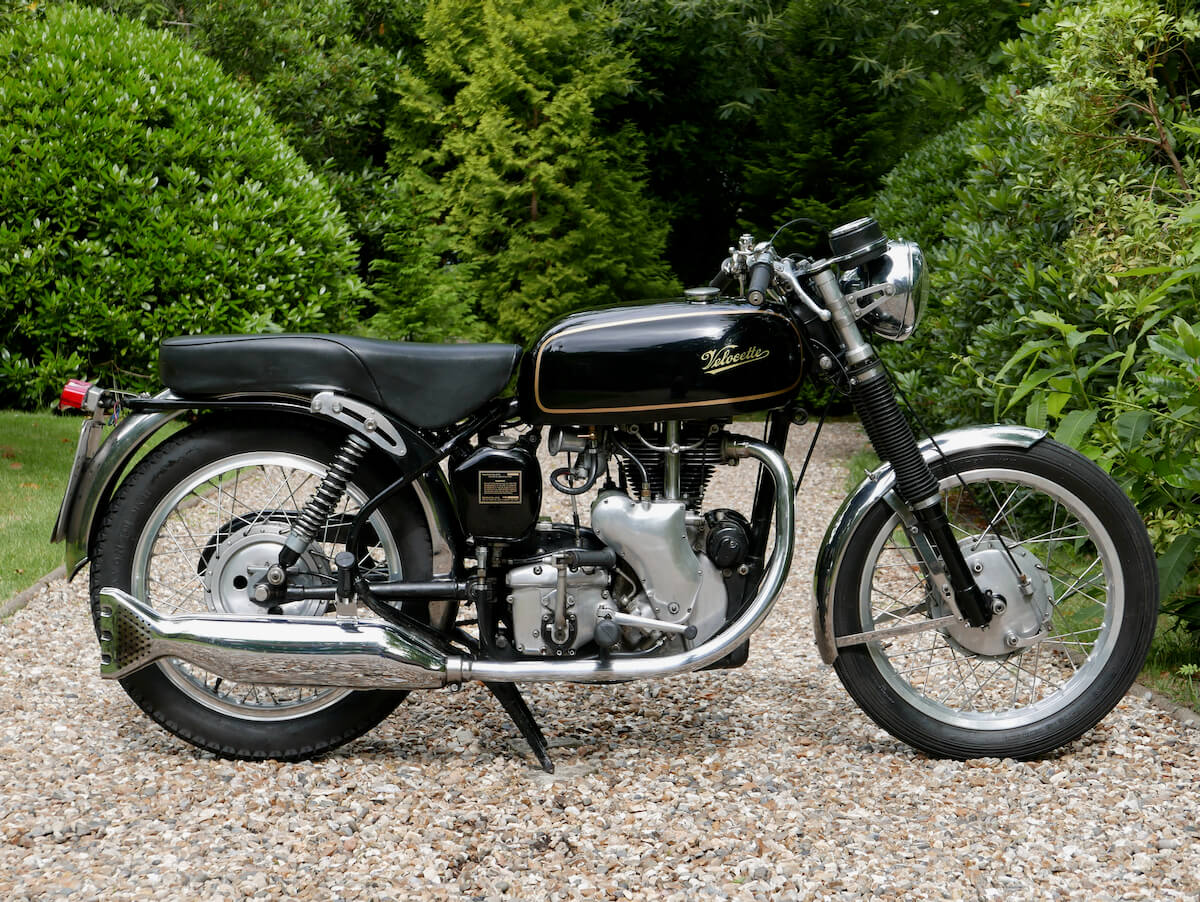 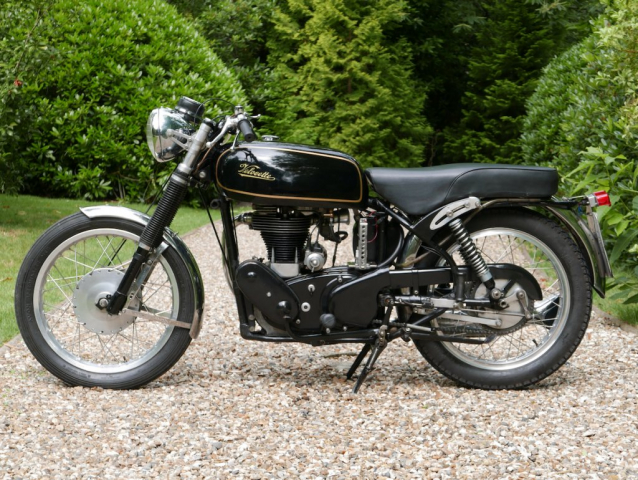 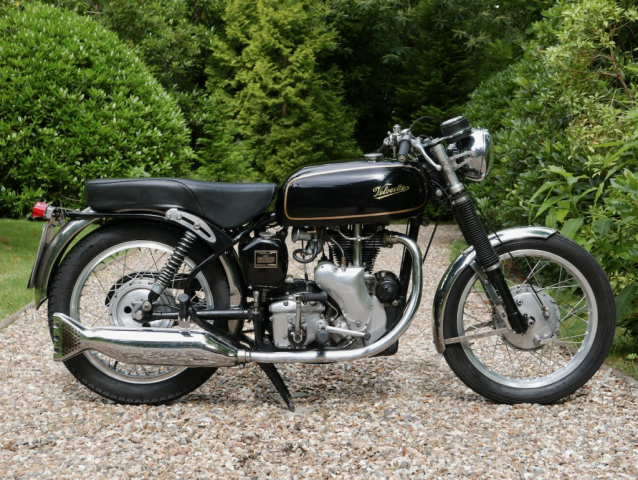 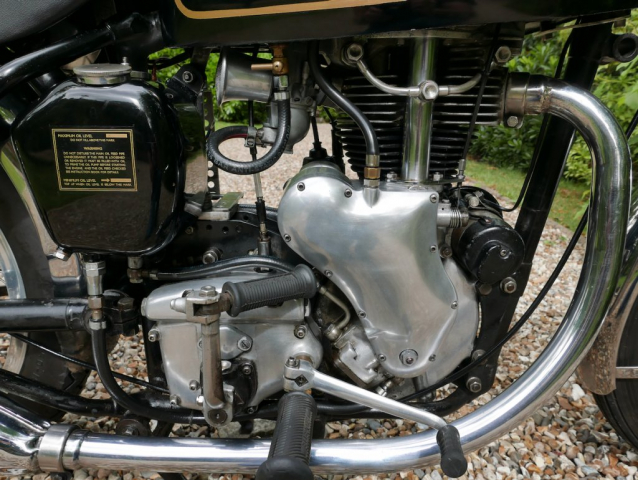 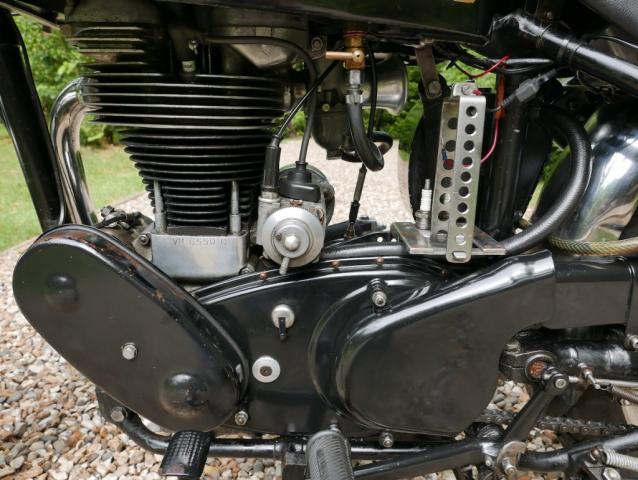 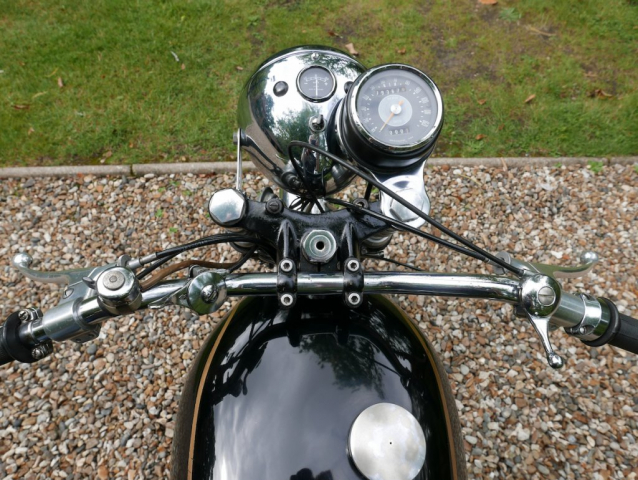 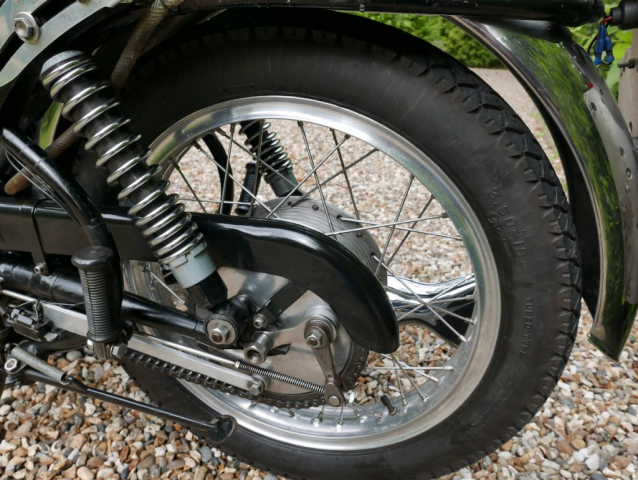 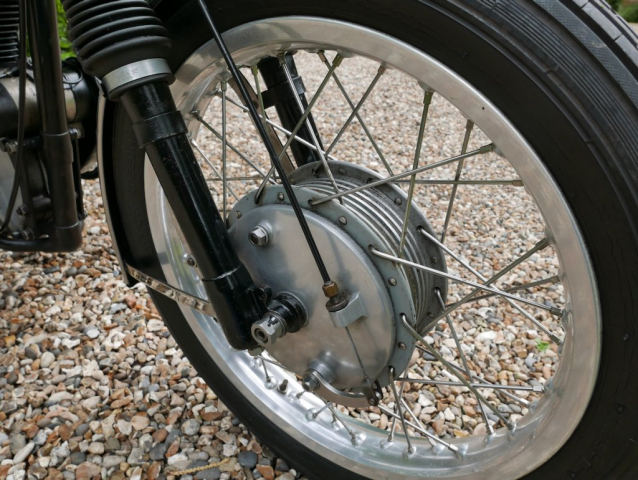 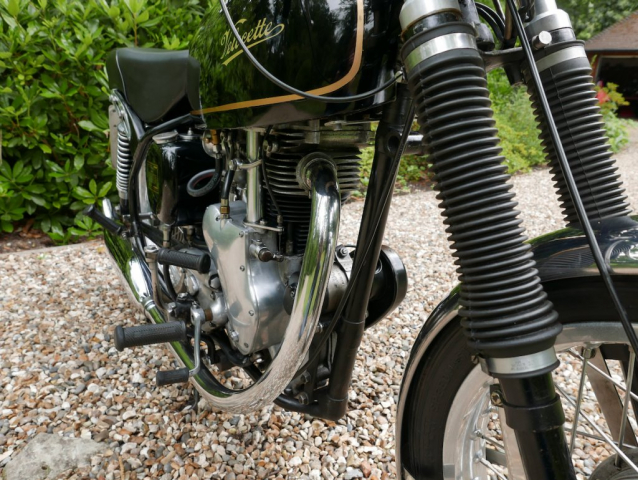 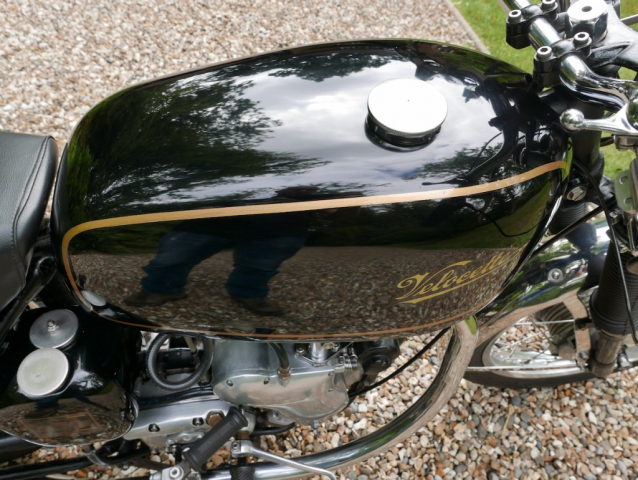 Here’s an unusual one, and we like unusual here at CSB. A matching numbers Venom still retaining the original 15/01/1969 registration number and still the same capacity it left the dealer with from new: 350cc. There is a good history file with this machine and although it doesn’t include the old RF60 log book it does include the original Machine Invoice (Motor Vehicle Order No 668) dated 07/12/1968 from L. Stevens Limited of 147-151 Goldhawk Road, Shepherds Bush, London W12 (Telephone Shepherds Bush 1154-5). The invoice clearly states engine, frame and registration numbers and is to supply “One new Velocette Venom converted to 350cc”. The bike was £339 and 17 shillings exactly, plus £12-00-00 labour charge for conversion. And I bet they sold the new 500cc parts easily enough too! Since then it has only had four owners according to the V5C, and an old copy of the V5 confirms this with the names of all four owners on file. There is a nice collection of manuals and books with the bike along with a lot of service and parts invoices from the past. The most significant one is for engine work; including full top-end rebuild and oil system refurbishment; from a well respected Velocette specialist for over £2,000 in 2013, since when it has been used infrequently. You can see it’s a healthy engine from the mechanical quietness, ease of starting (the easiest starting Venom ever!) and smoke-free running. It does sound lovely. The lights need some attention so we will do that and it will be supplied with electrics fully working and charging with a new battery. We could put a few quirky mods back to standard but they are part of the bike’s history (our seller is a friend of the previous long-term owner which strongly supports the low owners recorded) so we’ll leave them for the next owner to decide about. I’m talking about the non-standard speedo mounting, rear light and battery tray, none of which are offensive. Lots of good news everywhere else as far as we can see, the fuel tank is lovely inside; no sealant; alloy rims (one flanged one not) are in good condition and it’s overall “oily rag-ness” is genuine patina and character is the result of respect not neglect. There is the obvious “opportunity” to reinstate the 500cc top-end that it came out of the factory with but as it’s been a 350 from new it probably should stay that way? The fifth owner in 51 years can make that decision.