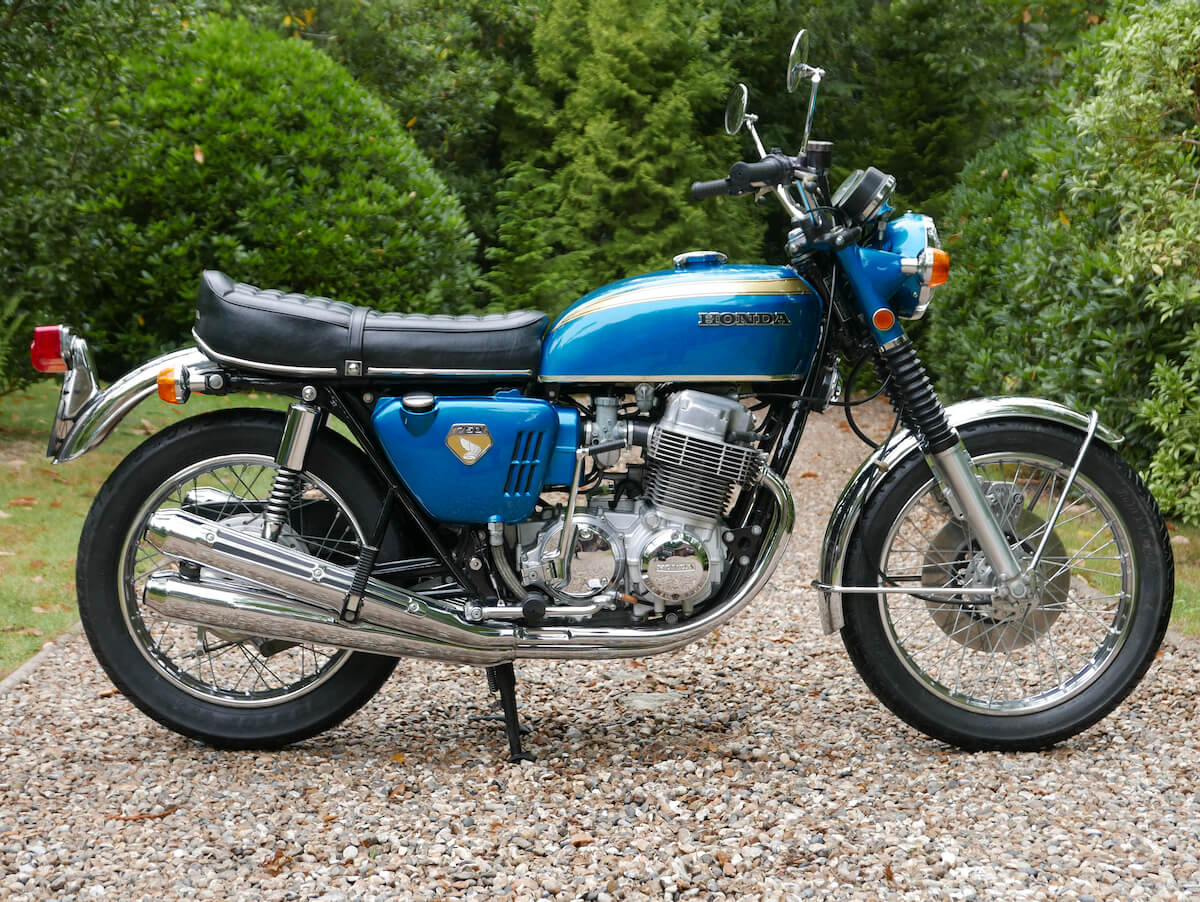 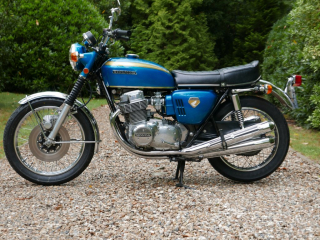 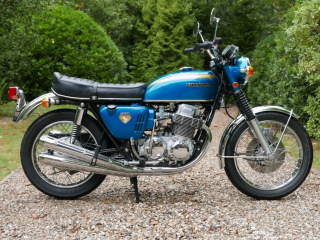 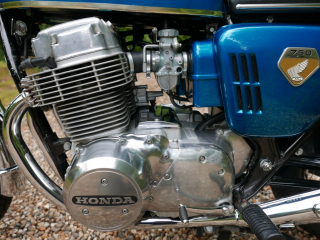 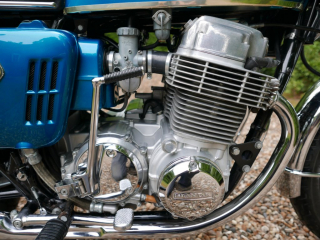 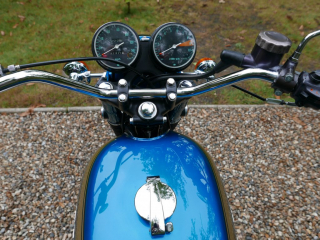 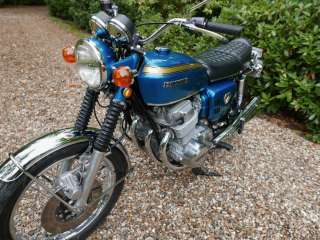 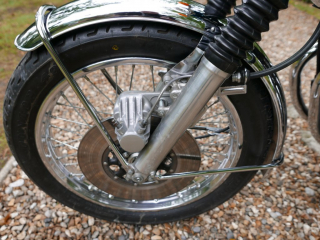 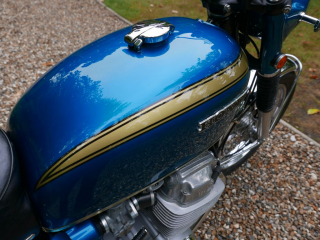 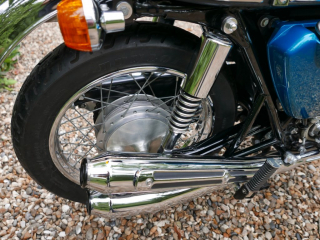 Simply stunning, a rare original US model 750 Four, matching numbers and UK registered on a correct “H” registration. This bike has been known to us since just after it was imported and we like what we know. It is remarkably original and unrestored with the obvious exception of the perfect paintwork (it is exactly the right colour in the flesh, ignore photograph colours) and a very good replica seat. The frame and most parts are unrestored. Exhausts are the correct HM300 two-baffle (three on later models) pipes which have been unavailable for years. They are so good they surely must be replacements but they couldn’t be replaced now. Paperwork is a little sparse as usual with US imports but the UK history is known and all the registration paperwork including dating letter from Honda is on file with some old pictures, tax discs and MOTs.  A genuine Honda tool kit (complete with red-handled screwdriver and feeler gauge) is under the seat along with an owners manual. Keys match locks and there is a spare. Honda keys not replacements. And that’s the story with this machine, the more you look the more you like, hardly touched and very little used in terms of mileage. And yet it runs perfectly as you can see and hear, sounds glorious and the brakes are unusually (for a ’70s Honda) good! It’s a great bike to see on the road and it rides as well as it looks. We might change the (hardly worn) American Dunlop Elite II tyres but on the other hand they aren’t cracking and they are very much part of the history. The original Japanese four cylinder superbike; they really don’t get much better than this!